Aurion search is on again

Aurion Resources (TSXV: AU) has kicked off a C$8 million exploration program on northern Finland’s Central Lapland Greenstone Belt (CLGB) as it looks for the source of “high-grade boulders” moved by glacial activity at Risti, and seeks to recapture the previous market buzz around the Arctic gold hunt. 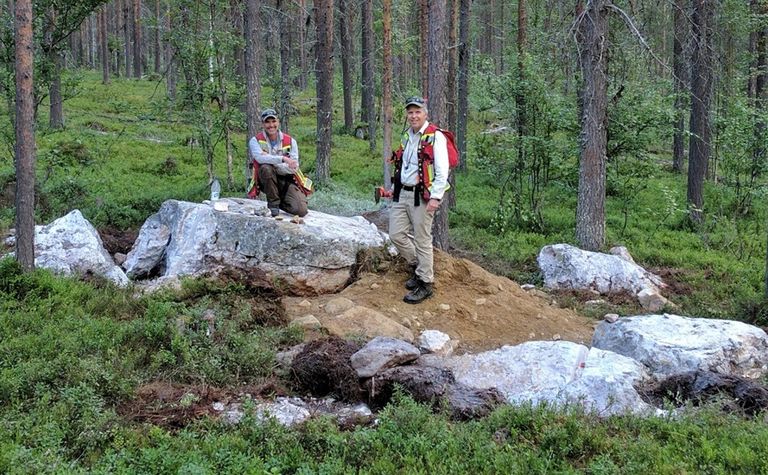 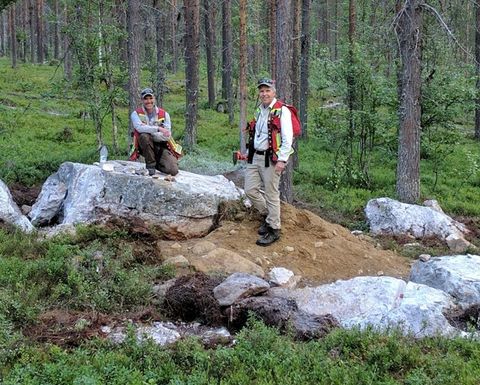 Aurion says Risti's geology shows "many similarities" to other gold-rich orogenic belts such as the Timmins camp in northern Ontario.

Aurion's stock has been trading between C80-90c, well off levels seen last September of C$3.15 or more. Its market capitalisation this week was C$60.3 million.

"Two significant new high-grade gold prospects located north and north-west of the Aamurusko boulder fields have recently been discovered, identifying one potential source of the high grade boulders at Aamurusko and expanding the company's understanding of the structural controls within the system," Aurion said this week.

"The A2 Prospect is located approximately 850m to 1,500m to the north of the Aamurusko boulder field. A total of 53 rock chip samples in outcrop, subcrop and angular boulders from reconnaissance prospecting, assaying between nil and 322.7g/t gold and averaging 18.6g/t gold were collected over a distance of 1.1km along an arcuate structure.

Aamurusko NW, about 400m north-north-west of the main Aamurusko boulder field, has revealed a 20-30m-wide zone of north-east/south-west trending quartz veins, breccias and stockworks in outcrop and sub-crop, according to Aurion.

"The mineralization recently discovered through prospecting is exposed over a 50m strike length before it is concealed under cover," the company said.

"Individual veins are up to 1.5m wide and over 14 rock chip samples contain visible gold.

"This new discovery is believed to represent at least one source of the high grade boulders within Aamurusko."

Drilling is planned in coming weeks at both locations. Aurion said drilling at Aamurusko and "other target areas" would begin early July and run through to February next year.

The company said it had completed a quaternary glacial geomorphology study aimed at determining the influence of glacial activity, ice direction and dispersion within the Risti area.

"The main objective is to specifically determine the distance of glacial dispersion to ultimately identify the source of the 1,217 large and angular quartz blocks," it said.

"Preliminary results of the study have determined the principal direction of transport and indicated the potential sources of the quartz blocks. Possible source areas are now the subject of a detailed campaign of prospecting, mapping and sampling.

"Structural and lithological mapping is being conducted in conjunction with a detailed drone magnetic survey and together with drill-core data produced during the winter program will be compiled into a 3D geological model."

Meanwhile, Kinross Gold has confirmed a planned US$800,000 exploration spend at the Outa joint venture property, and B2Gold has budgeted US$2.6 million for work at the Kutuvuoma joint venture, both in Finland.