White Rock Minerals plans to drill a promising zinc-lead target west of the Dry Creek area at Red Mountain in central Alaska after its extensive ground-based survey and sampling programme at the site picked up seemingly high-grade soil samples and a coincident geophysical anomaly. 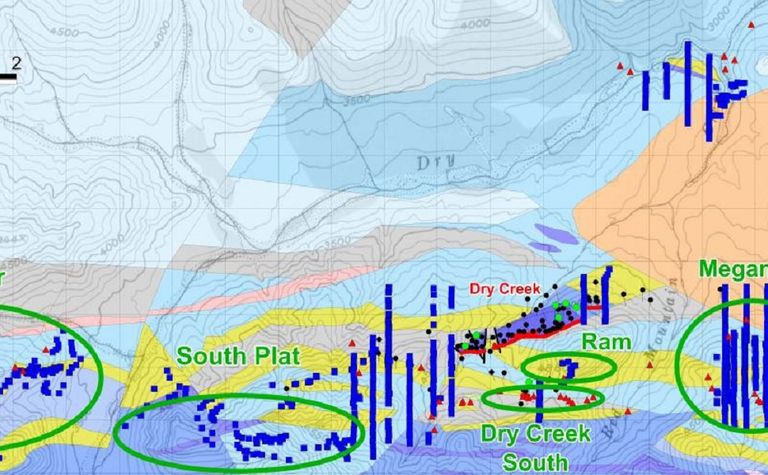 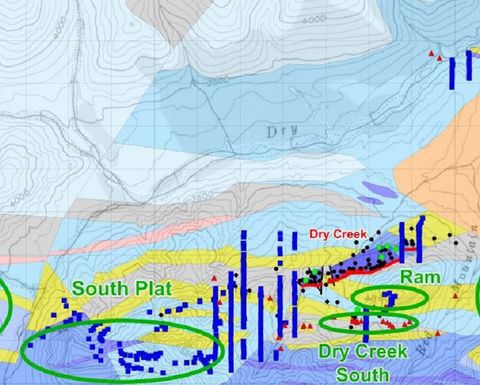 The ASX junior (WRM) said reconnaissance work at the Hunter prospect, near Dry Creek and Dry Creek South, had so far outlined a 60cm-wide massive sulphide (sphalerite and galena) outcrop over about 500m of strike. The sulphide sits in a graphitic schist traced over about 1km.

Portable XRF analysis of soil samples returned up to 24.3% zinc, 2.4% lead, 1.5% copper and 249ppm silver. White Rock said rock chip assays were pending and drilling was planned to "test this massive sulphide outcrop down dip, primarily to acquire geological information with which to better interpret and plan follow-up drilling".

White Rock CEO Matt Gill said Hunter was one of at least seven areas of interest enhanced by the work of the 20-person on-ground crew, who'd only covered limited ground in the company's large tenement package so far.

"Proof of concept of course will be when we test this with the drill bit," he said.

"The massive sulphide occurs along a steep talus slope where there is little outcrop," White Rock said.

"Prospecting along the horizon has mapped out the favourable graphitic host. Subsequent hand trenching has confirmed the presence of massive sulphide, both in situ and as float interpreted to be close to the source along the entire 500m length of the horizon defined to date."

White Rock, which recently took on Australian copper-gold miner Sandfire Resources as a key shareholder, and exploration partner, is diamond drilling at Red Mountain and conducting a range of other exploration activities.

"While a lot of focus and interest is on the diamond drilling we are doing, the background work by the reconnaissance mapping and geochemical sampling crew is key to our next discovery," Gill said.

"To date, this crew has mapped some 30 square kilometres of terrain on foot - out of our 143sq.kms tenement package - and taken over 1,000 soil and rock samples.

"Identifying this potentially high-grade massive zinc and lead sulphide rock outcrop is exactly what we are after."