Alaska is grizzly bear country, giant moose country; elephant country. It’s genuinely under-explored for the most part yet has already revealed astonishing mineral wealth. But even its giant gold, zinc and copper finds seem largely unknown in places like Australia, which has a high level of participation in Alaska’s current exploration surge. Currently in the field in the Tintina gold province in the state’s south-west, Riversgold managing director Allan Kelly says: “Within 150km of me here in [Riversgold’s] camp, there is a 45 million-ounce [gold] deposit and a 100Moz deposit. There are not many places in the world where you can say that in a first-world country.” 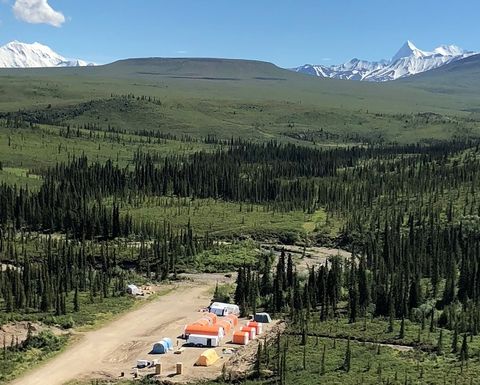