Greatland down on WA drill results

Investors were not sold on Greatland Gold's (AIM:GGP) first round of results from recent drilling at the Ernest Giles project in Western Australia. 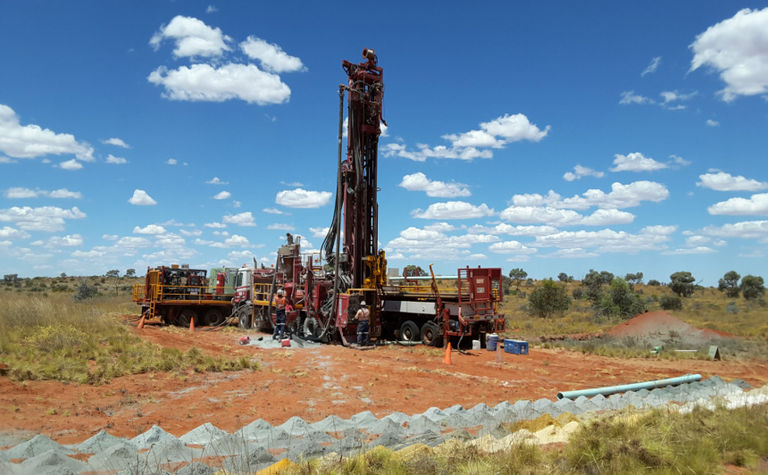 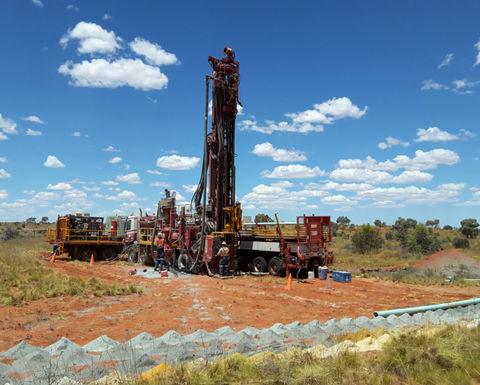 Drilling in Earnest: an airborne survey has shown Greatland where to look at Ernest Giles

The company said the definition of site basements and the discovery of disseminated sulphides at two of the three sites was very positive.

The programme was spread across the Wishbone and Empress gold prospects and the Carnegie nickel prospect, with five holes reported in total.

The two holes at Wishbone were to test structural targets, the company said, and one reached basement at 373m (the other made it to 498m without hitting it).

Empress returned 45ppb from surface to 4m, which Greatland said explained the "elevated surface MMI gold response", although it could not explain why it was there.

Greatland CEO Gervaise Heddle said the early stage drilling had given them encouragement about the massive site's prospectivity.

"The Wishbone area includes a number of high priority structural targets and it is noteworthy that we have intersected disseminated sulphides throughout the basement rocks in just our first drilling campaign in the area," he said.

"We are also encouraged by the consistent nickel response in basement at Carnegie, a large nickel sulphide target with a geophysical signature similar to Independence Group's Nova nickel deposit.

"In regards to Empress, we intend to undertake further work to understand the source of the highly elevated gold response at surface in both RC drilling and MMI surface sampling."