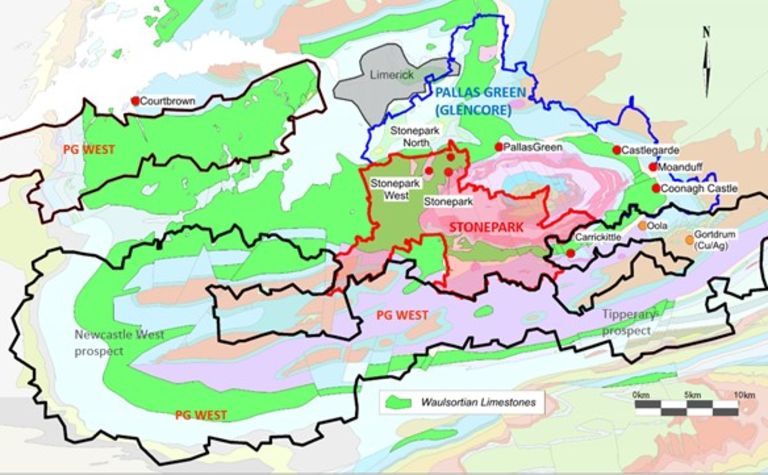 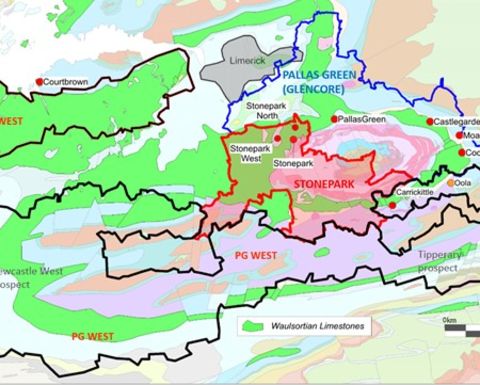 The companies plan to drill 1,500-2,000m to provide improved three-dimensional geological information before the start of the expanded 2019 drill programme.

G11, which owns the majority 76.56% interest, said the aim of the drilling was to advance its ongoing "Big Think" exploration strategy and it would focus entirely outside the existing mineral resource estimate footprint.

A maiden inferred mineral resource estimate was defined in the April NI43-101 independent report at 5.1 million tonnes at 11.3% zinc and lead combined at depths from 190-395m below surface.

G11 described its "Big Think" exploration as an "open-minded and methodical search for tier-one zinc deposits in the Irish Zinc District through comprehensive re-evaluation of over 70 years of exploration data, combined with cutting edge geophysical and geochemical techniques".

G11 CEO Bart Jaworski said one idea of the "Big Think" was that known mineralisation in the area represented "merely the outer edges of the system - with its heart located towards the centre of the volcanics".

"With that in mind, it will be very interesting to combine geological information from this preliminary drilling with results from the ongoing Tellus airborne survey to produce high-priority drill targets for next year's ‘Big Drill' programme," he said.

Connemara CEO Patrick Cullen said his company had reviewed G11's proposed targeting strategies and were supportive of the ‘Big Think' approach applied to the Limerick Basin.

He said Connemara, which owns a 23.44% interest in Stonepark, had already contributed to its share of the costs for the 2018 exploration programme, which included ground-based geophysics at various targets across the block, earlier drilling that revealed "spectacular" grades of 32.2% combined zinc and lead, and budget for the additional drilling.

The company's common shares will start trading on December 18