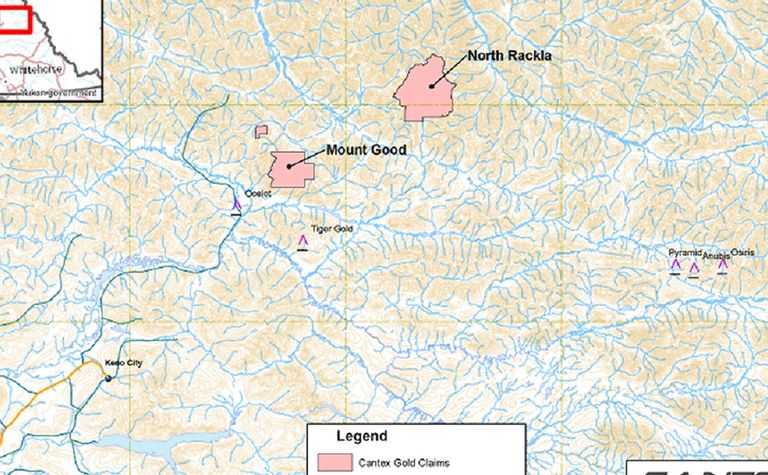 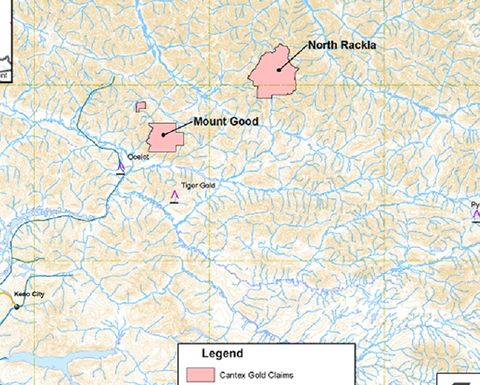 The company said it could only provide provisional results for five holes at the Extension Zone, because every hole contained samples that exceeded either 30% zinc or 20% lead, which was the limit of the analytical method used.

It says the project's mineralisation has similar characteristics to other globally significant massive sulphide mines including Sullivan in British Columbia and Mount Isa in Australia.

The company is having the assays repeated using titration methods able to analyse up to 50% zinc and 70% lead, with results expected in about three weeks.

The company staked the North Rackla block in 2012 after ATAC Resources' discovery of the Osiris deposit in 2010.

Cantex had raised C$1.75 million (US$1.3 million) in July at 15c per unit to fund the drilling programme at North Rackla.

Its shares have hovered around the 20c mark for the past year, closing at 18c on Friday, then zooming to a 12-month high intraday of $1.10 on the news.