Mali-focused Kodal Minerals (AIM:KOD) has received assays from the first two diamond drill holes completed at the Sogola-Baoule and Boumou prospects at its Bougouni lithium project during the regional wet season. 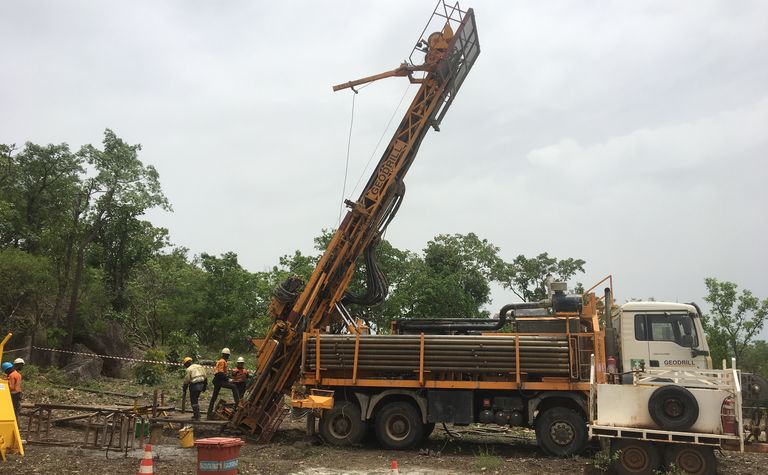 The company said diamond core intersections at Sogola-Baoule confirmed the geological model and extended mineralisation, with high-grade assay results of up to 3.6% Li2O returned and multiple veins intersected at shallow depths.

At Boumou, the drilling intersected multiple pegmatite veins confirming and extending known mineralisation in the the geological model.

CEO Bernard Aylward said the company had added definition to the geological interpretation and extended the areas of known mineralisation at Sogola-Baoule and Boumou despite an extensive West African wet season.

He said Kodal was aiming to restart diamond core drilling this week, reverse circulation drilling next week, and the company would maintain two rigs over the Christmas break.

"Running in parallel to our drilling programme, we have been completing our wet-season environmental review including river ecology, local flora and fauna studies as well as water sampling and dust monitoring. This will be complemented by the dry-seasons studies and be used to finalise our environmental and social impact assessment submission to the Mali government," Aylward said.

He added the independent mineral resource geologist had also visited the site to complete a review of activities and support the potential future upgrading of Bougouni's mineral resource estimate.

Interest of 100% can be acquired for cash, shares and royalties