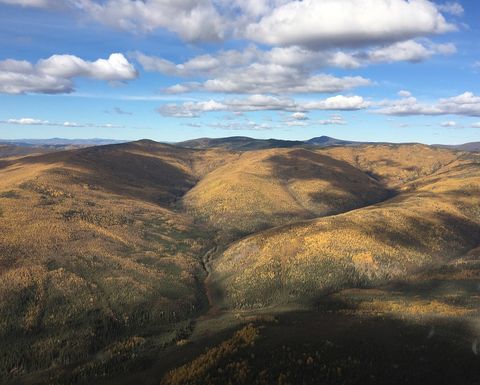 The Toronto-based company said this week its fully-funded C$13 million budget would allow it to follow up at Vertigo on the JP Ross property, and expand the Golden Saddle and Arc resources with diamond drilling at GS West and Ryan's Surprise.

The company plans to drill 10,000m at Vertigo to assess the geometry and lateral and vertical continuity of mineralised structures it discovered in 2018. It will also use RC drilling to evaluate the strike potential of the mineralisation based on field mapping, geochemistry and geophysics.

White Gold plans to also look at and initially drill four or five other targets on the 14km JP Ross trend. The regional programme on JP Ross will follow up on many other prospective gold targets near the Henderson Creek drainage system, where placer gold mining has been taking place since the turn of the century.

At the Golden Saddle, the company plans to move along 4,500m of diamond drilling conducted on GS West discovery, with 1,500m of infill and step-out drilling planned on the Arc deposit.

Last year, all three holes drilled at GS West hit Golden Saddle-style mineralisation with the most significant results returning 1.92g/t gold over 24m from 117m depth. These results included some high-grade intercepts that the company will want to replicate such as 2.97g/t over 10m from 118m depth and 8.12g/t over 1.95m from 121.05m depth.

White Gold is also eager to add more ounces to the recently acquired 230,000oz VG initial resource on the QV property. It has set aside some money for looking at other district targets.

"2019 will be one of the most exciting seasons for White Gold and has the potential to be a transformative year for us," chief technical advisor Shawn Ryan said.

White Gold (TSXV:WGO) is trading at a 60% premium in Toronto compared to a year ago. Year-to-date the stock is down 25% at C$1.23, capitalising the company at $137 million, ahead of what could be an eventful drill season.

Best is yet to come: Monarch