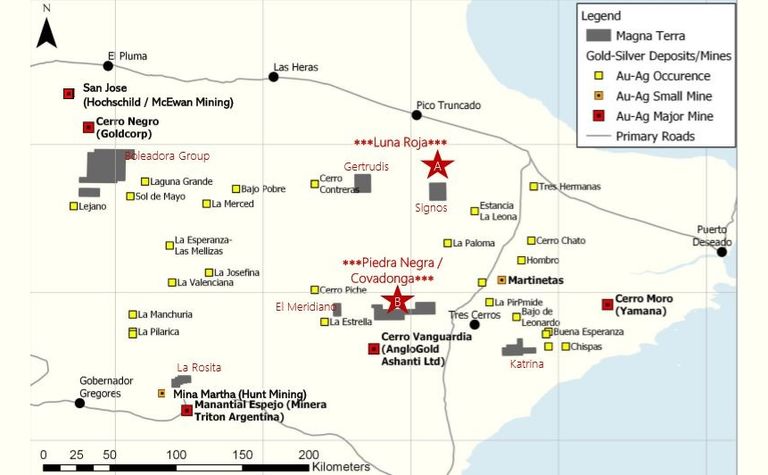 "The first two holes combine to give a significant strike length of shallow, disseminated mineralisation with much of which is oxidised, implying potential for early definition of a low-cost bulk minable resource," exploration vice president Dr Paul Robinson said.

Both results were from the Cruz del Sur target.

Assays from two holes testing IP chargeability anomalies at Cruz del Sur and Estrella del Norte did not return notable intercepts and assays for the four remaining holes are pending.

The company raised C$400,000 (US$300,000) in December at 5c per unit in the first tranche of a private placement designed to raise up to $750,000, for drilling at Luna Roja and Piedra Negra and for working capital and general corporate purposes.

The best result from the first nine of 10 holes drilled at Piedra Negra was 2m at 0.655g/t gold from 14m, announced last month.

Directors of the company, previously Brionor Resources, earlier this month approved settling about $572,000 of debt by issuing shares at 5c each.