Premier Gold Mines has announced multiple new and high-grade intercepts from the expansion and delineation drilling programme at its Mercedes mine in Sonora, Mexico. 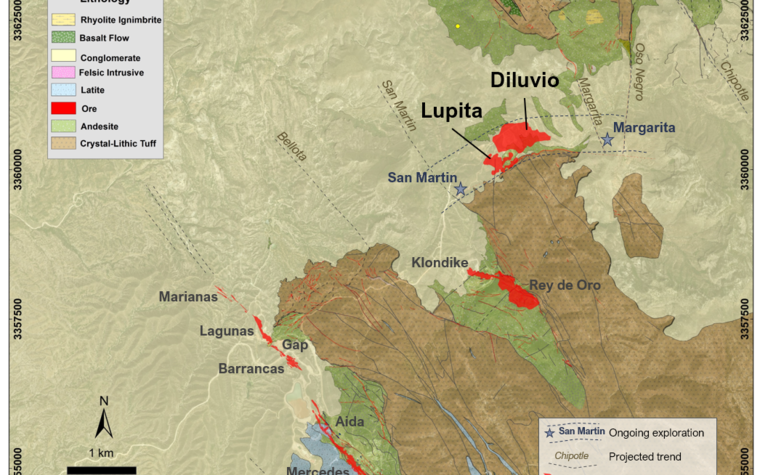 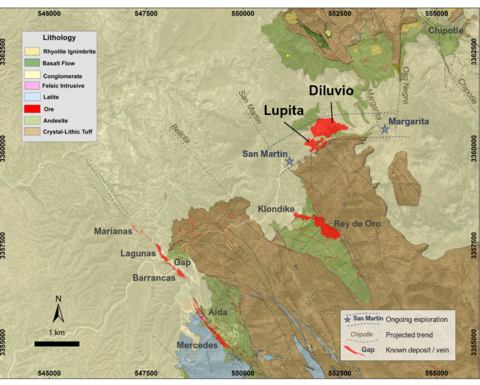 The company has discovered new mineralised veins at San Martin and Margarita, outlining a 3km corridor with potential for future discoveries. In addition, extension drilling on the Lupita vein returned multiple intercepts including 3.9m grading 5.99 grams per tonne of gold and 40.75g/t of silver.

"Premier is very encouraged by the expansion of the Lupita-Diluvio resource areas, and the 3km corridor that step-out exploration has identified," said EVP Stephen McGibbon.

Mercedes is an underground gold and silver mine that exploits quartz veins and quartz-carbonate stockworks within a low-sulphidation epithermal system. Guidance is for 2019 production of up to 85,000oz of gold and 250,000oz of silver from the Marianas underground mine and a 2,000tpd plant.

Four kilometres east of the Mariana main trend is an under-explored basin that hosts both the Lupita and Diluvio deposits.

Shares in Premier Gold Mines (TSX:PG) are trading at C$1.85, valuing the company at $389 million. Its share price has increased almost 11% so far this year.

Premier points to potential mine expansion