Two data scientists and a process engineer from the oil and gas industry have taken first prize of A$500,000 in a crowd-sourced competition by OZ Minerals and Unearthed to find the best new exploration targets in the Prominent Hill district in South Australia. 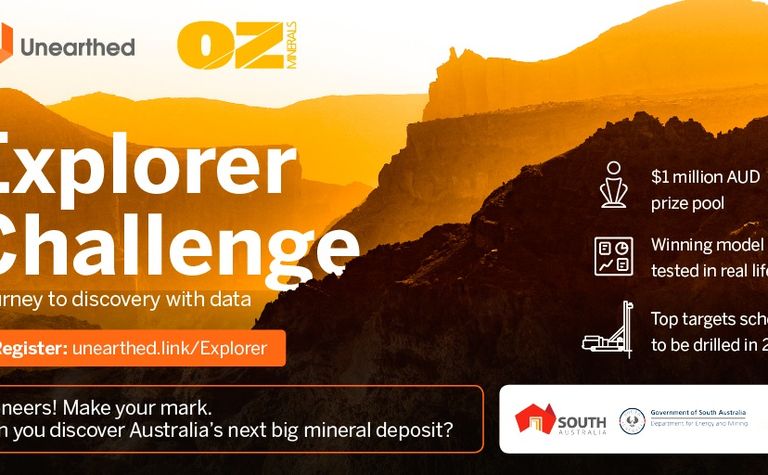 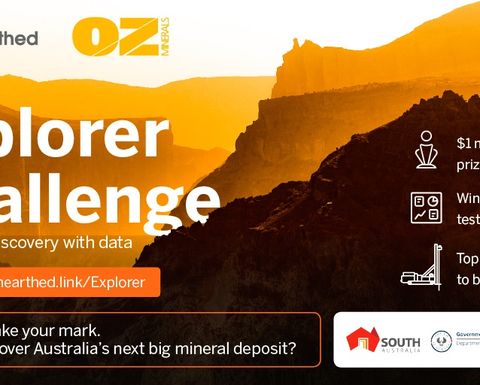 The team had previous experience working on major lithium and gold discoveries, which Rodda said was essential to their success.

"We knew the full process of exploration and the difficulty of it, but we weren't too biased towards the geology. We really understood how ridiculously hard exploration is," Rodda said.

"We knew that data science was not going to come in and predict the depth and size and the grade (of a deposit). What matters is to try to simplify the problem as much as possible, to try and augment the existing process. We took a really realistic approach and tried to focus on how (data science can) add value to the exploration process rather than replace it."

The second prize of $200,000 was awarded to DeepSightX, a multidisciplinary group of data scientists from the University of Adelaide led by Javen Qinfeng Shi and mineral exploration consultant John Anderson. Third prize of $100,000 went to Cyency, comprised of Hugh Sanderson, Derek Carter and Chris Green.

A number of other awards took the total prize pool to $1 million.

OZ Minerals launched the innovative competition with Unearthed in February, throwing open its books on terabytes of previously confidential exploration data, including 678 drillholes with 115,000 assay results.

While OZ Minerals is not the first to conduct a crowd-sourced exploration competition, it was the first to release such large volumes of data on a near-regional scale. The huge response to the competition, which attracted more than 1,000 participants from 62 countries, has made it an experiment in exploration that will be closely watched.

The big test of crowd-sourcing as an exploration tool will be later this year, when OZ Minerals begins drilling the best targets produced by the competition.

OZ Minerals CEO, Andrew Cole, said the participants in the competition had provided approaches to mineral exploration "that we never would have imagined internally, including ways to fuse datasets together, combining multiple layers of information and making predictions based on extensive datasets. Reviewing the diverse range of solutions that have come back from this process has been truly remarkable."

"I think that the ability the crowd gives you to generate new ideas, develop solutions and automate processes is something that can make a big difference and provide that competitive advantage," Bridgwater said.