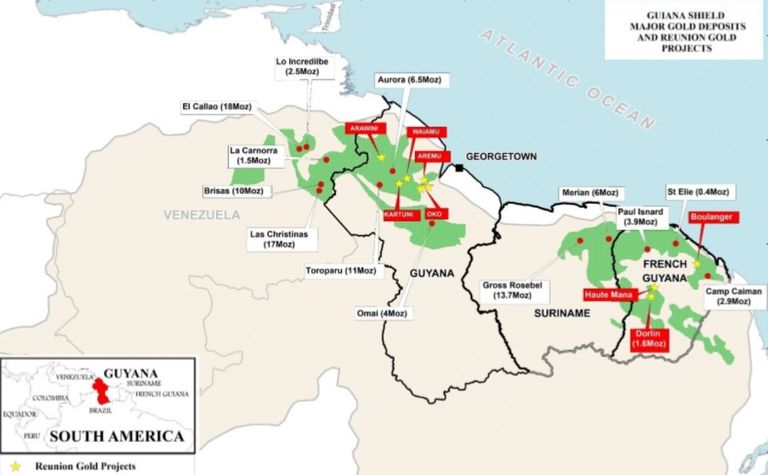 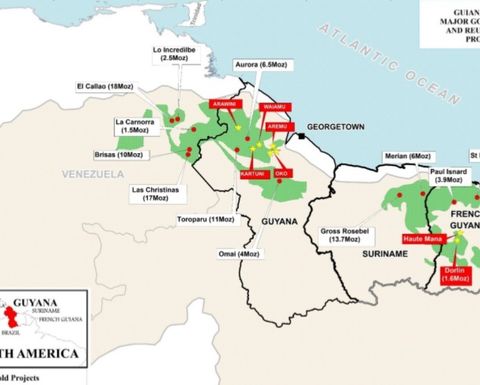 The Barrick Gold-backed junior said illegal artisanal miners had reportedly produced "significant amounts of gold" from the prospect in the last quarter of 2018.

"The area was recently cleared of illegal activity by the French army and police," it said.

Reunion said sampling from 42 dumps next to 47 artisanal shafts and adits over a 260m by 95m area had returned an average 17.3g/t gold.

"Our preliminary sampling of the Saint-Michel prospect shows some of the best gold grade our team has ever encountered in the Guiana Shield and we look forward to systematically exploring this area as we move the Boulanger project forward," CEO Réjean Gourde said.

Reunion said it would start drilling there once a licence for exploration work had been obtained.

It said the prospect was in a small-scale mining permit, which had been added to the Boulanger option agreement, and was within the Chawari exploration permit application which would also become part of the option agreement if granted.

Barrick recently increased its stake at C15c per share to take a 19.9% interest in Reunion, as part of a strategic alliance formed earlier this year to explore for mineral projects in the Guiana Shield.

Reunion announced a placement at 19c per share in April designed to raise up to $5.6 million (US$4.3 million) and raised $1.8 million in the first tranche and received another 30-day extension earlier this month to close the second tranche.

The irony of more coal to produce new energy metals

BHP's role in the Gonneville palladium and nickel discovery