Surface exploration by Southern Gold at its 100%-owned Deokon project in South Korea has delivered a new, undrilled bonanza-grade precious metals discovery, with the junior’s shares soaring sharply in early trade as a result. 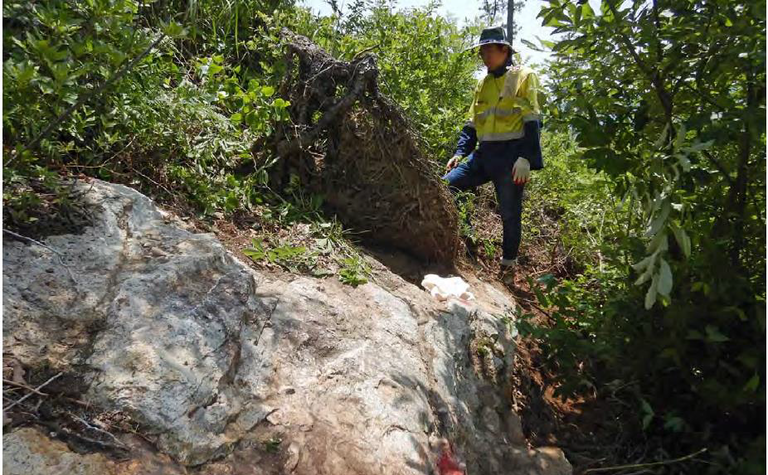 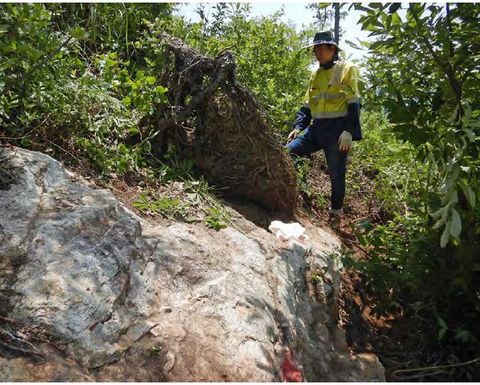 The Bonanza Zone at Southern Gold's Deokon project in South Korea is undrilled.

Dubbed Golden Surprise, the explorer has defined two veined zones between 4-20m wide, about 500m apart.
Assays reportedly returned peak values of 32.4 grams per tonne gold and 1,095gpt silver in outcrop samples and 53.9gpt gold and 6,240gpt silver in float.
The work follows a float sample from the Bonanza Zone released at the start of the field season, after the melting of the winter snows in April, of 78.6gpt gold and 13,000gpt silver. The Thorn zone was subsequently discovered outcropping to the north.
The Golden Surprise trend has been mapped contiguously for up to 500m, with both zones open along strike.
It appears neither vein has been drilled at Golden Surprise, although there was historically mining at the  Deokon Main mine, targeting a separate trend that is likely to be part of the same mineralised system.
The company also described seeing visible native silver and electrum in hand specimens taken from Golden Surprise, and said the very high-grade silver values being returned required three different analytical methods so it could be sure of the results.
Southern Gold sees both its Deokon and Beopseongpo projects as potentially being very large scale, multi-kilometre low and intermediate sulphidation epithermal systems.
The company is now seeking access for the first drilling program.
Southern Gold is set to close a fully underwritten A$2.3 million rights issue, priced at 11c, this week.
The cash will cover its planned drilling programs in South Korea and contributions to the 50/50 joint venture with London-listed Bluebird Merchant Ventures, where it is looking to establish production by revitalising existing mines.
Based on its last trading price of A17c, a rise of 55%, the junior was valued at $10.6 million.