Sun Metals (TSXV: SUNM) is encouraged by the strong precious metals content in step-out drilling at its Stardust project in British Columbia. 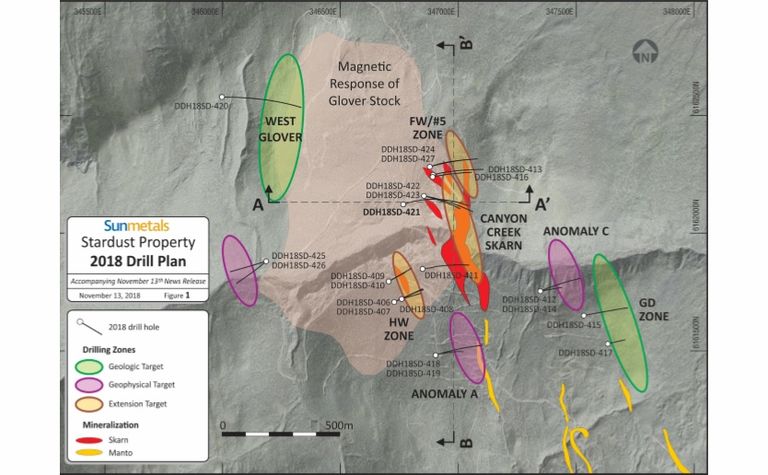 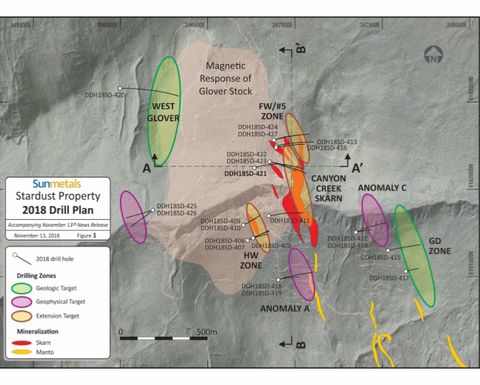 Sun Metals’ 2019 drilling is focused on the 421 discovery zone (centre), west of the Canyon Creek resource at Stardust

President and CEO Steve Robertson said the initial step-out drilling was important to establish the continuity of the recently discovered mineralisation in the 421 zone.

"The gold content makes this discovery even more captivating," he said.

Teck Resources made a strategic investment in the junior in December and now holds 10%, according to a June presentation.

The company's Stardust-Canyon Creek discovery has earnt it a nomination for best new discovery in the 2019 Mining Journal awards, to be announced on September 27 in London.

At that price it is capitalised about $56 million (US$42 million).