Anticipation is building as assays are awaited from Luckystrike Resources’ (TSXV: LUKY) 2019 drill programme at its flagship Lucky Strike property in the Yukon’s White Gold District. 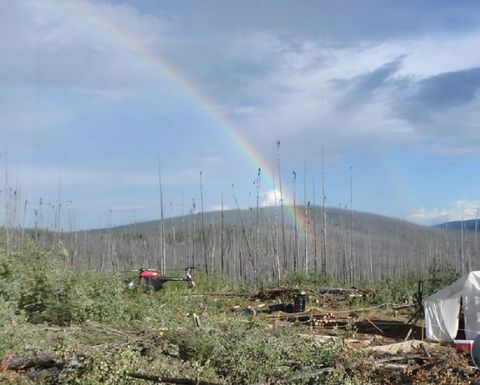 Luckystrike's share price gained 61.5% to C21c yesterday as it said the four holes, targeting the Monte Carlo zone, had all intersected sulphide mineralisation within an orthogneiss unit.

"The presence of sulphides at depth is very encouraging; positive assay results would greatly expand the strike extent of the gold-rich sulphide zone discovered in 2018," president and CEO William Chornobay said.

Luckystrike owns six properties in the district, having been spun out of Yukon explorer Goldstrike Resources (TSXV: GSR) last year.

Goldstrike has the Plateau property, where Newmont Mining was funding exploration last year under a US$39.5 million strategic alliance struck in 2017. However the gold major discontinued its option to earn-in to the project in January.

Luckystrike had C$1.45 million (US$1 million) in cash and equivalents at the end of March, with a placement that month priced at 25c per flow-through unit and 20c per unit.

The company started trading on the TSX Venture Exchange in mid-August last year and its shares peaked at 55c last September and had fallen to 11c on Friday.

What will a Castillo presidency mean for Peru?