White Gold has made a new discovery within its eponymous land package in Canada's Yukon, reporting the highest gold-in-soil grades to date. 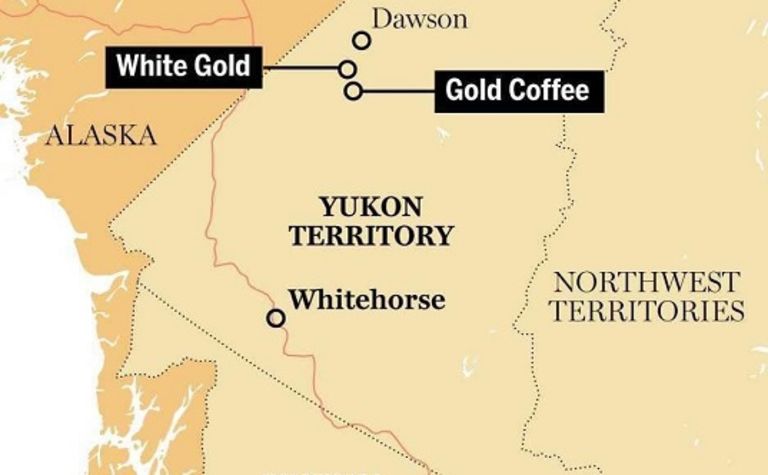 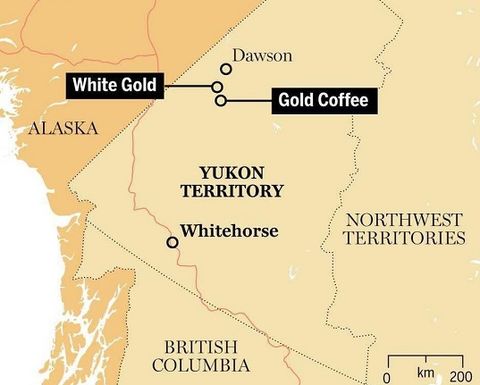 The Titan target on the Hen property is less than 15km from White Gold's Vertigo discovery, and next to JP Ross. Grab samples returned grades higher than 100,000 parts per billion, or the equivalent of 100 grams per tonne.

It represents the best soil value recorded so far. The company's database has results in it from more than 400,000 soil samples.

"The Titan gold-in-soil grade at Hen is the highest we have ever recorded in the White Gold District. Ongoing follow-up activities which have also identified the presence of visual gold make the Titan a very exciting and highly prospective drill target," VP for exploration Jodie Gibson said.

The company said the proximity to Vertigo was further evidence of a potential major gold system in the placer-rich Henderson Creek region.

White Gold said these soil samples were interpreted as being "in-place" and representative of the bedrock below due to the unglaciated nature of the area, indicating high-priority targets for upcoming follow-up activity, including probe, trenching and RAB/RC drilling.

A follow up fire assay on the Titan sample and more than 13,300 rock samples collected from the area are in progress and the results are pending.

Significantly, White Gold said the anomalous gold-in-soils formed an approximate 500m north-south trending target and occurred within a circular magnetic low feature covering a 750m-by-750m area that might indicate a buried intrusion with potential for porphyry and/or skarn style mineralisation.

Before Titan, the highest soil sample in the company's database was 9,019ppb gold from the Donahue target.

It also found a broad zone of anomalous copper-in-soil with values of more than 100ppm copper and up to 1,395ppm in parallel with the magnetic feature, which it said appeared to occur near the intersection of north-south and north-east-trending faults.

Elsewhere, the company reported favourable results from other targets including 525.3ppb gold at Nolan and 247.2ppb at Wolf.

The company's Toronto-quoted stock was 5% lower on Thursday at C$1.03, capitalising it at about $117 million. The company has about 111.6 million shares outstanding.