McEwen Mining says it is “impressed” by a new high-grade gold occurrence at Stock, part of its Black Fox property near Timmins in north-eastern Ontario. 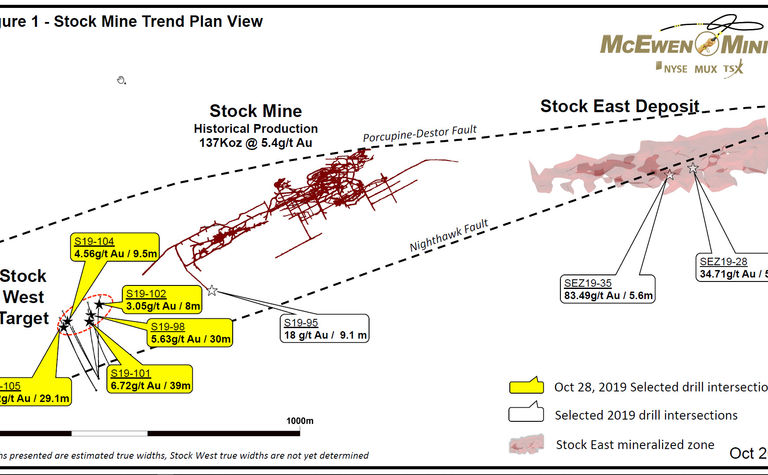 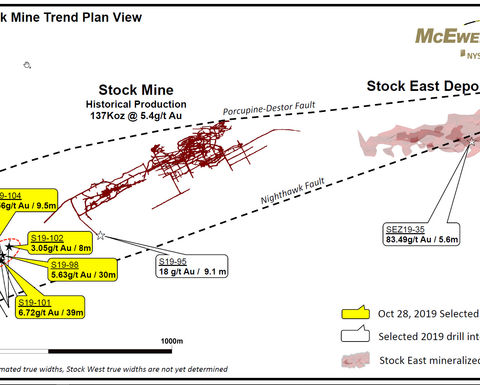 "Results from our first drill holes suggest the potential to define a significant new zone of mineralisation at Stock West," said VP for exploration Sylvain Guerard.

Three holes also intersected a pyrite-rich felsic dyke. McEwen says the dyke occurs next to the ultramafic intrusive and has visible gold throughout.

The economic importance of the new zone was enhanced by being next to the mill and the underground workings of the historic Stock mine, it said.

The summer drill programme at Stock also returned multiple intercepts of high-grade gold along a 3km-long segment of the Porcupine-Destor fault as well as at Stock East and Stock Deep.

Chief owner Rob McEwen recently told Mining Journal in Colorado he would ideally have wanted to take more time to drill out Black Fox without the demands of ongoing mining at the property.