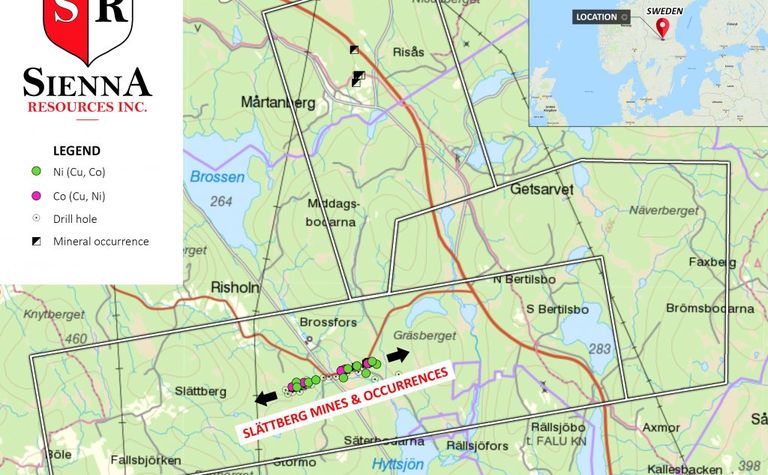 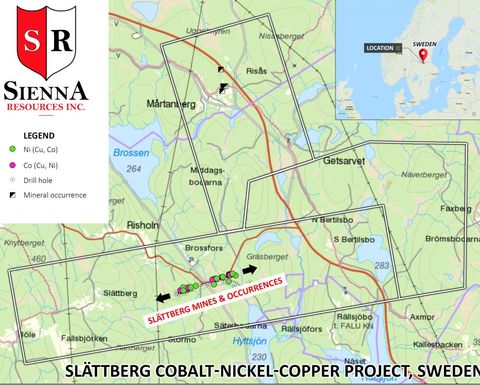 The two holes drilled in October followed up on anomalies at the west end of the trend of historic nickel mines and near the centre of the trend of known mineralisation.

The values were the highest PGE grades reported from the property to date, adding weight to the project's increasing PGM potential.

The drilling also intersected unmapped mine workings at a depth of 70m and showed that historical nickel mineralisation was mined at a larger scale than previously thought.

"The PGE numbers encountered were a very positive surprise and show that the system is more diverse than originally thought. These are some of the highest grades for PGE in the region," Gigliotti said.

The company said it was immediately formulating a plan for the next phase of work.

Sienna is conducting exploration at Slättberg under an option agreement with EMX Royalty Corp.