Shares in Toronto-listed Canadian explorer MacDonald Mines jumped up to 29% on Monday after the company reported a new gold discovery on the SPJ property, 40km east of Sudbury, Ontario. 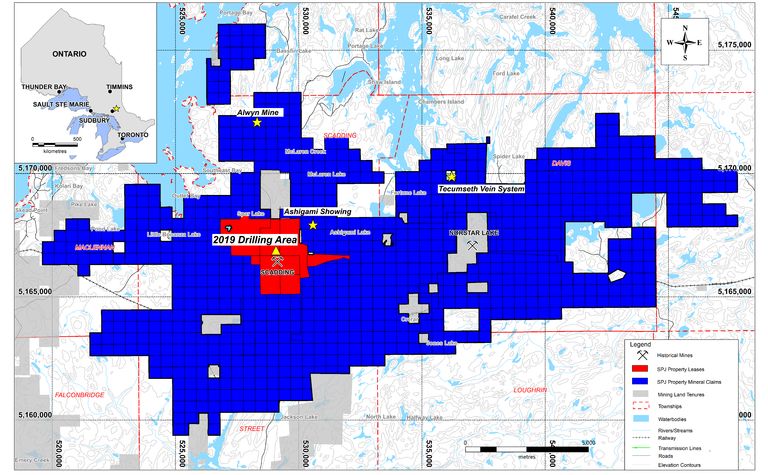 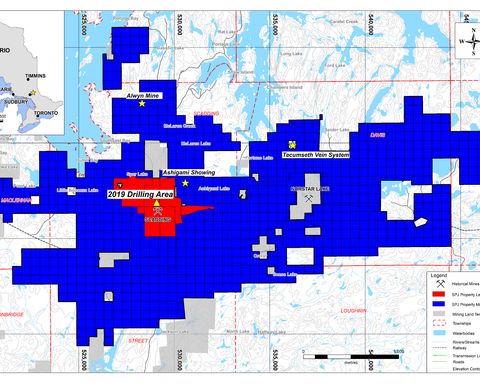 Results from four holes in its fall drilling highlighted what the company described as a significant zone of near-surface gold mineralisation north of the Scadding East-West pit.

In all, 25 holes have been completed with results from nine holes reported to date. Assays from the other 16 holes are awaited.

"Our 2019 drilling programme shows that significant zones of near-surface, high-grade gold mineralisation are present beyond the original footprint of the historic operations of the Scadding deposit," said CEO Quentin Yarie.

The company said the first phase of drilling would be followed early in the New Year, after it had completed logging all remaining drill holes and updated its geological model. This would define the next targets for the budgeted early-2020 diamond drilling campaign, the company said.

The company's shares (TSXV:BMK) pared gains to trade C1c or 11.8% higher by midday at 9.5c, having traded between 3c-21c over the past 12 months. The stock saw significant volume changing hands on Monday with 2.3 million shares traded compared with a three-month average of about 575,000.