Iamgold has exercised an option to treble its stake in the promising Nelligan gold project in Quebec after a maiden mineral resource was announced in October for the property, 60km southwest of Chibougamau. 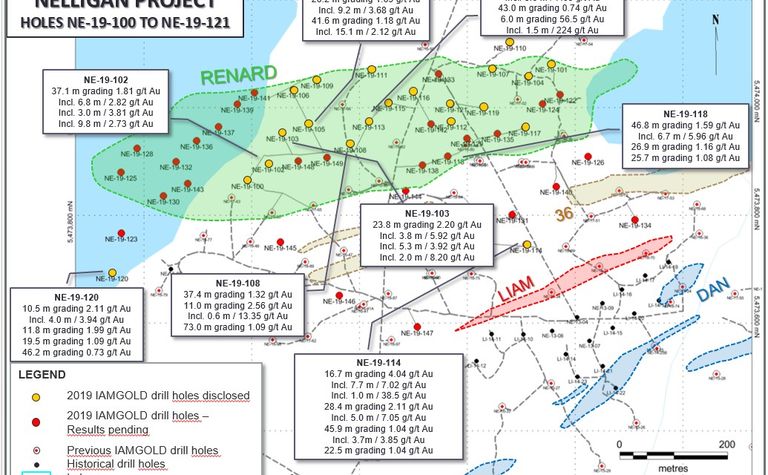 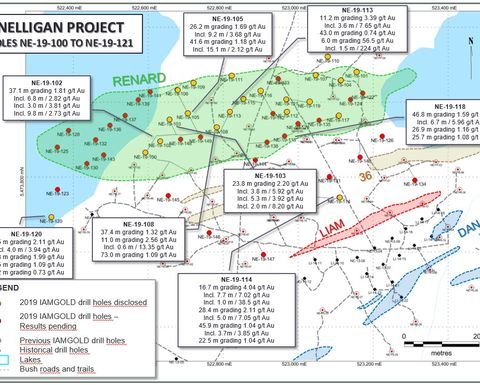 Iamgold has increased its interest in the Nelligan joint venture with junior Vanstar Mining Resources from 24% to 75% after making its last cash payment of C$2.35 million.

Craig MacDougall, Iamgold's SVP of exploration, said the move underscored Iamgold's view "of the favourable exploration potential for the discovery of additional resources".

"We look forward to continuing to work with Vanstar as we advance our exploration efforts on the project," he said.

Iamgold can increase its stake to 80% by delivering a feasibility study.

"It is reassuring to see that our partner completes all the requirements more than two years before the deadline set in the agreement. This confirms well the great potential of the Nelligan project," said Vanstar CEO Guy Morissette.

Planning is also underway for more drilling including infill, extension drilling at depth, and step-out targeting along strike. The company will also undertake prospecting on several high-priority regional targets.