Canadian explorer Gatling Exploration continues to make steady exploration progress at its flagship Larder gold project along the Cadillac-Larder Lake Break of northern Ontario, with the most recent drill results showing a new parallel mineralised zone near mine infrastructure. 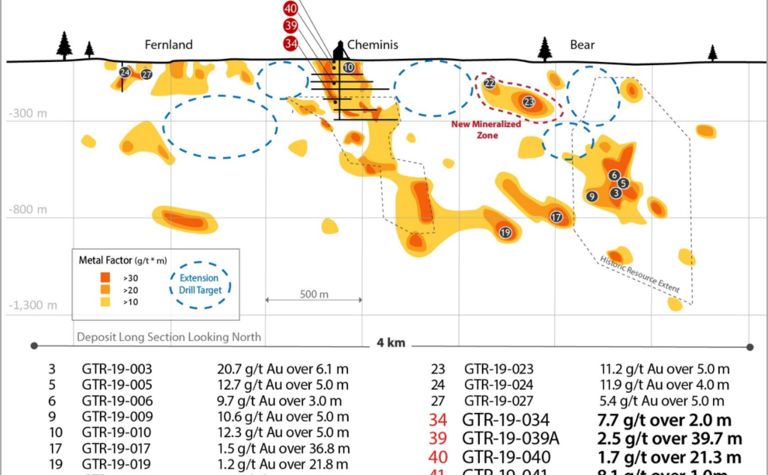 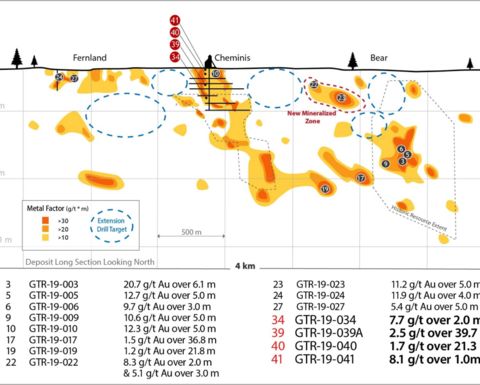 Named the North zone, the new area of interest indicates a secondary gold-bearing quartz vein system at the Cheminis deposit, which Gatling will be prioritising for follow-up work.

Drilling on the North zone intersected new gold mineralisation 50m from the existing shaft, including 7.7 grams per tonne gold over 2m. Gatling said it would now be conducting a further study to re-sample zones that were overlooked in the past to further validate the new North zone.

Cheminis is one of three deposits at the Larder property, which the company hypothesises are connected. The other two are Bear and Fernland.

The company said four holes at Cheminis encountered high-grade and widespread gold mineralisation, including 8.2g/t over 4m within a larger intercept of 2.5g/t over 39.7m.

Gatling emphasised these most recent holes confirmed historic grades near to the historic stope and workings, which were not included in previous resource estimates.

Gatling also said it would conduct metallurgical testing on the known zones of the 2019 and 2020 drilling completed at Larder and the majority of the remaining 2019 Cheminis drill holes would be used for the initiative.

"Our growth strategy at Larder has three components: proving all three major zones are connected, expanding each of those zones, and of course discovering new areas of mineralisation," CEO Nav Dhaliwal said.

"These drill results are the latest in a series of successful advancements, in this case growing the Cheminis zone and discovering a new parallel zone of mineralization. It has become increasingly clear that Larder is host to a multi-lens system, and the growing prominence of new parallel veins and offshoots bodes well for future ounce per vertical meter metrics."

Larder is 35km east of Kirkland Lake, spanning 3,370 hectares. The project is 7km west of the Kerr Addison mine, which has historically produced 11Moz gold.