Corvus Gold shares jumped 22% on Wednesday after it said an initial deep core hole on the Central Intrusive Zone (CIZ) at Mother Lode in Nevada could have intersected a new large gold zone at depth. 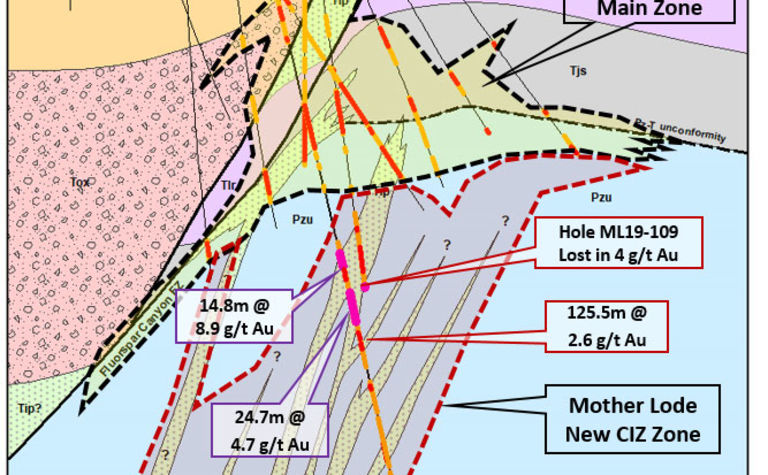 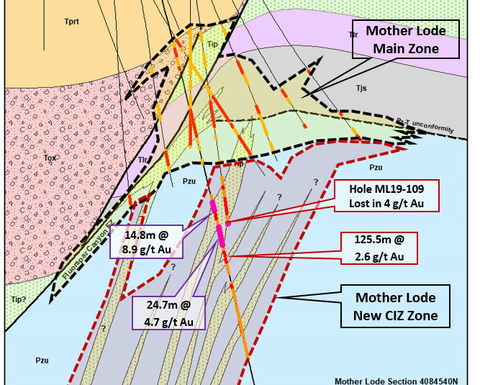 Having sent in a diamond rig to drill through the dyke area, the company said core and assays were indicating "mineralised intensity" and width increased at depth.

Corvus said the new zone had nearly a dozen known dykes and a higher temperature alteration assemblage, which suggested increasing intrusive activity with depth, which might explain the wider and higher-grade intervals intercepted in the hole, including a deeper intercept of 9m at 10.9g/t.

Oxidised mineralisation had now been traced to a depth of 650m.

The highest-grade intercept of the hole, all at a 1g/t cutoff, was 14.84m at 8.88g/t, "associated with higher temperature clay alteration and showing typical characteristics of deeper, hotter and more intrusion-related gold systems".

The characteristics of this type of gold system were "encouraging for a much larger and higher-grade system at depth".

"These exciting Corvus Gold developments are highlighting the potential of the Bullfrog District and along with new land acquisitions and discoveries by our neighbouring production companies it is shining a bright light on this under explored area of Nevada. We expect the Bullfrog District and Corvus will become one of the major focuses of the Nevada and North American gold sector in 2020," said Pontius.

Discoveries and production scenario all beckon