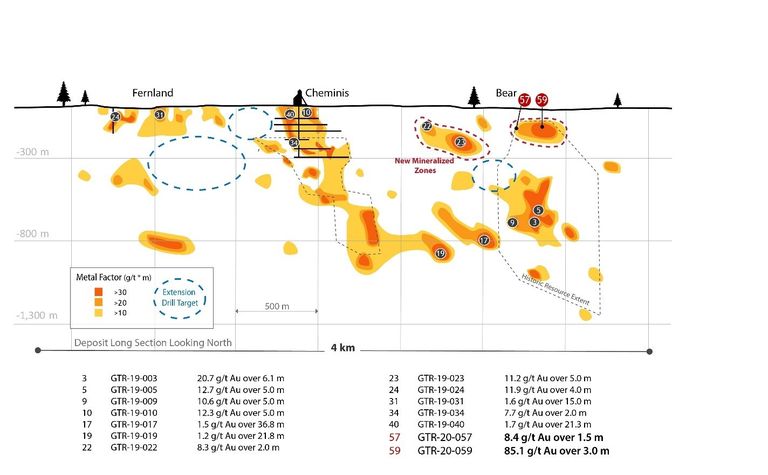 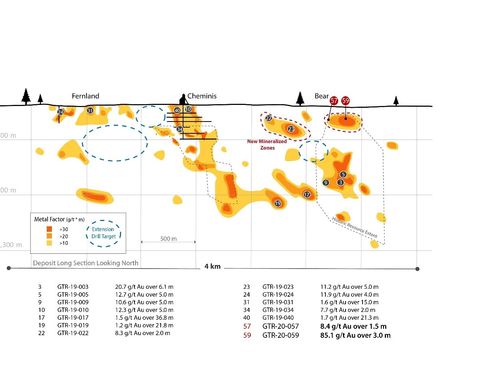 The Vancouver-based explorer reported intercepts of 85.1 grams per tonne gold over 3m and 8.4g/t over 1.5m.

Gatling said the results extended the project's strike length and the up-plunge mineralised trend at the Bear deposit, one of its three deposits outlined along a 4.5km trend.

The next drilling phase will test for a connection between the Fernland and Cheminis deposits. The 2020 programme will also include western extension drilling at Fernland towards the former Omega mine and phase II exploration at the Kir Vit prospect, where 13 of 16 holes intersected gold mineralisation.

CEO Nav Dhaliwal said Gatling was encouraged by the tenor of mineralisation, and the eastern strike length extension.

"The results generated throughout our initial programme continue to show that the extent of mineralisation at Larder is far greater than previously anticipated, and we are looking forward to our next phase of drilling in the coming weeks," he said.

Gatling shares (TSXV:GTR) set a 12-month high at C77c in September when it also reported high-grade results from Bear. At the current 31.5c the company has a market capitalisation of $15 million (US$11 million).