KORE Mining is preparing to expand drilling at the Frasergold Gold (FG) project in British Columbia’s Cariboo region, based on strong results reported to date. 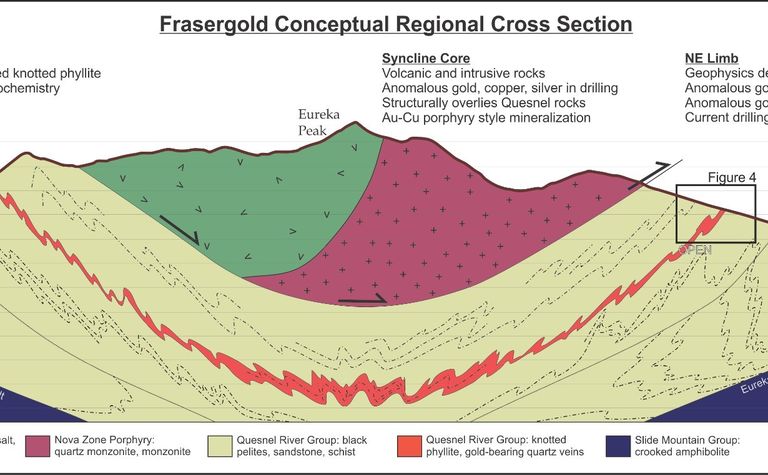 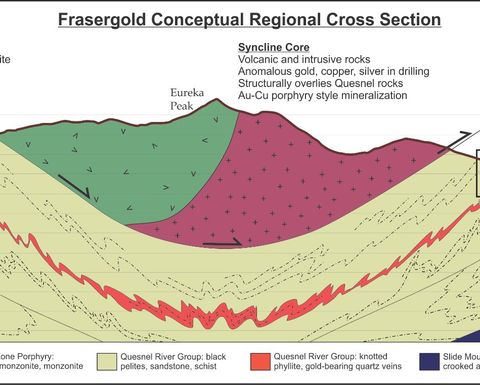 Kore this week reported an intersection of 32m grading 3 grams per tonne gold, starting at 22m below surface, while the same hole picked up 10m of 3.9gpt from 237m.

It expects to remobilise to site before the end of this month, with drilling aimed at further delineation of an existing resource and testing on-strike and down-dip extensions of the new Lower Zone.

"With the discovery in the Lower Zone, high core recovery to define structure, and metallic screens upgrading assays, we are hitting all our objectives and will continue drilling after spring break-up later in June," CEO Scott Trebilcock said.

The company says it has defined a 20km trend through soil sampling and geophysics around a regional syncline on the 13,000-hectare property. FG had only seen limited, shallow prior drilling where mineralisation outcropped, it said.

It closed Wednesday at C64c, capitalising the company at $61 million (US$45.5 million).

The creation of Karus Gold could unlock value for KORE shareholders

KORE to spin out South Cariboo, focus on Imperial