Argonaut, UrbanGold zone in on Bullseye

Canada-based Argonaut Gold and UrbanGold Minerals have agreed to form a joint venture to develop the Bullseye property, about 17km south of the former Troilus openpit mine near Chibougamau, Quebec. 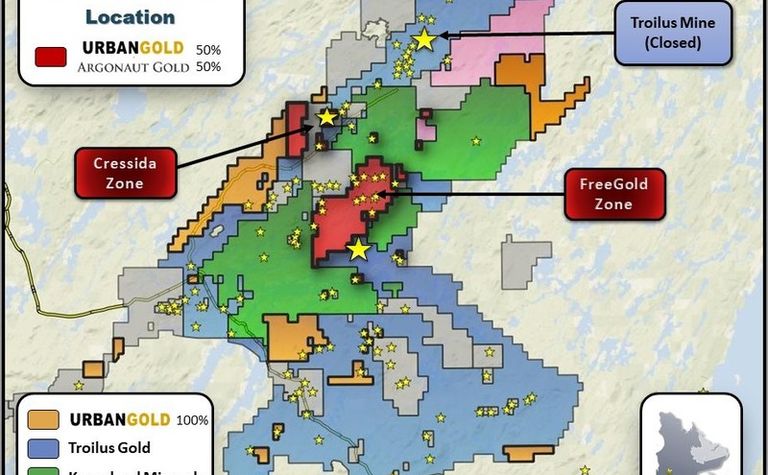 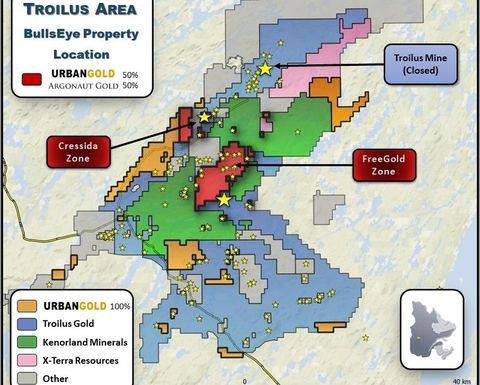 The development stems from an option accord inked in September last year under which UrbanGold committed to finance C$500,000 of exploration and issue 750,000 shares to Argonaut.

Now the companies will combine their respective holdings into a single 8,642-hectare property, known as Bullseye, with each party holding an equal stake, with UrbanGold the operator.

The property had seen two drill campaigns in the past 12 months totalling 2,373m, which delineated gold over significant widths on the Cressida block, on strike and in the same geology as the former Troilus mine, which historically produced about 2Moz gold. The joint venture also establishes an exploration committee that will review the next steps, including a second phase of drilling on the Cressida Zone.

Both partners said the immediate exploration plan will continue to focus on the Troilus area, thought to have "excellent exploration potential" for gold near existing infrastructure.