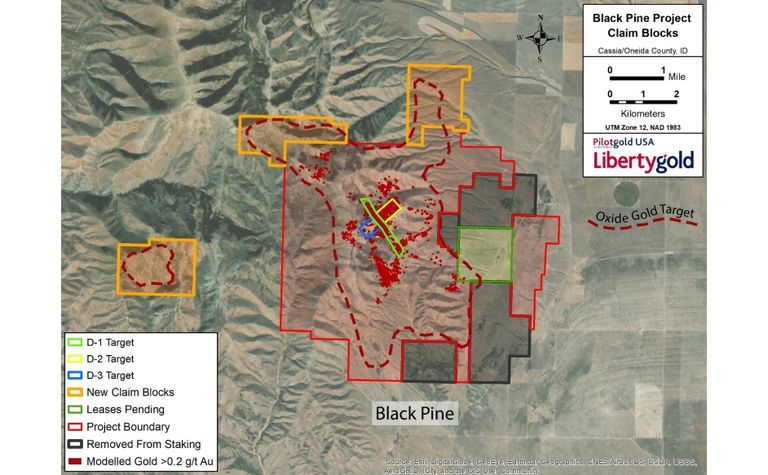 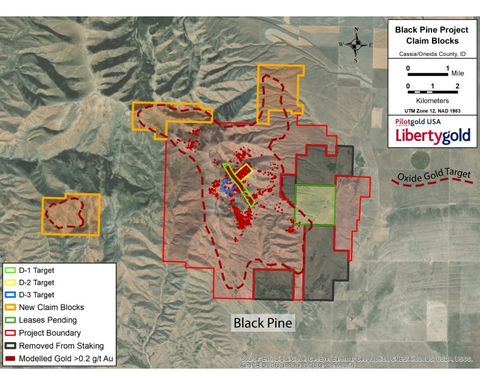 Liberty Gold is expanding its Black Pine project in Idaho

Liberty had announced the D-3 discovery in June, describing it as its third high-grade oxide gold find at the project and in close proximity to the D-1 and D-2 discoveries made in 2019.

"Given the grade, thickness and dimensions that are beginning to take shape, we believe that D-3 will have a positive material impact on the resource endowment at Black Pine," president and CEO Cal Everett said.

It said it was also expanding the 7.3sq.km permit area to include an additional 4.6sq.km.

The company has appointed team member Peter Shabestari as its new vice president operations to oversee advancing Black Pine through the development and de-risking process.

It slimmed its portfolio in March to focus on Black Pine and its past-producing Goldstrike gold project in Utah.

It had US$14.5 million in working capital at May 4, according to a recent presentation.