Fortune Minerals says it has been awarded a C$144,000 grant from Canada's Northwest Territories government through its Mining Incentive Programme, which it will use to look for more gold on its polymetal NICO project. 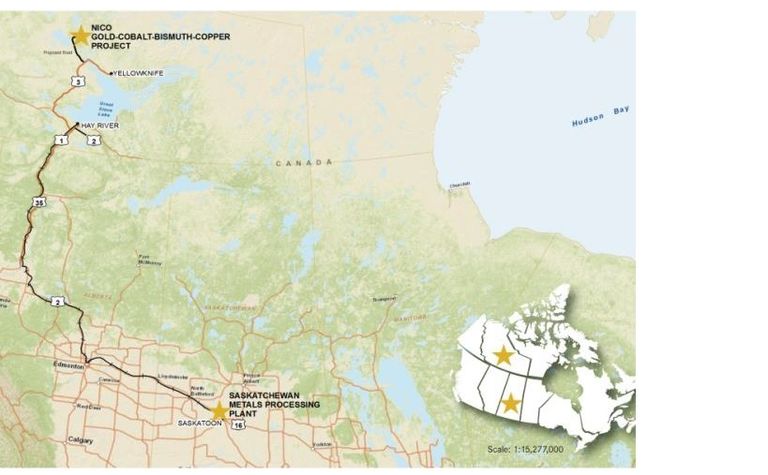 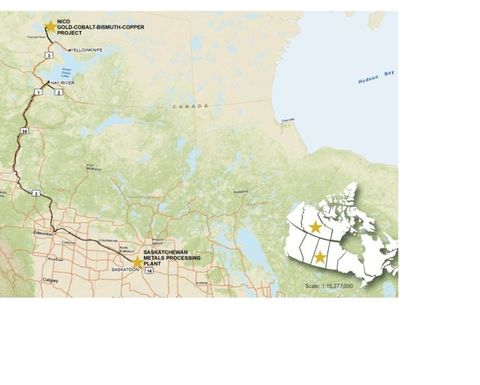 Fortune Minerals will search this summer for more gold upside at NICO, in the Northwest Territories

The London, Ontario-based said it was mobilising personnel to undertake geophysical surveys at the gold-cobalt-bismuth-copper project after the NWT government recently eased COVID-19-related travel restrictions.

Given a gold price above US$2,000/oz, the metal has now become the focus for the company after it initially marketed NICO as a bismuth project, then cobalt.

At the current price gold now contributes more projected revenues than cobalt from the planned development, giving NICO a stand-out attribute next to peers.

The planned work will further investigate targets with gold potential, including the prospective Peanut Lake anomaly, which is believed to be a fault-displaced, east strike extension of the main deposit, 1km to the southeast.

NICO, an iron oxide copper-gold-type deposit about 160km northwest of Yellowknife, currently hosts openpit and underground proven and probable reserves of 33Mt for 1.1Moz gold, 82.3Mlb cobalt, 102.1Mlb bismuth and 27.2Mlb copper. It is said to be the largest undeveloped bismuth deposit in the world.

Meanwhile, construction of the 97km Tlicho all-season road from Highway 3 to the community of Whati is progressing. The road, together with Fortune's planned 50km spur road to the mine site, are key enablers for the NICO project that will allow trucking of metal concentrates to the railway at Hay River for delivery to a refinery in southern Canada.

Fortune continues to negotiate with potential funding partners for the project's construction.