Price volatility is nothing new to those following the energy metals complex, but market researcher Roskill says the ups and downs provide in each case for nickel, flake graphite and rare earths unique sets of risks and opportunities. 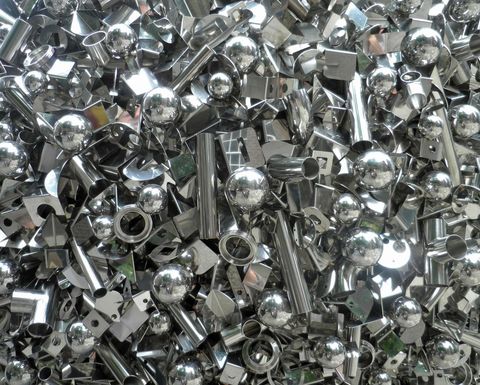 The price of nickel has been surging through July

The price of nickel surged through July, reaching above US$14,000/t. The main cause of the dramatic rise, notes Roskill, is the latest speculation around the timing of a new Indonesian nickel ore export ban.

"The possibility of a resumption [of exports] in 2022 has been on the cards since 2017, since the relaxation of the export ban announced then was only effective until January 2022. Indonesian nickel supply - in the form of ore and nickel pig iron (NPI) - is, and will remain, critical for maintaining an overall nickel market balance," analysts Robert Baylis and Jack Anderson said.

Investment bank BMO said China was already pricing in resource protectionism by Indonesia to drive downstream investment. "When it comes to moving nickel goal posts, Indonesia has form," it said. "In January 2017, Indonesia loosened the 2014 nickel ore ban with little warning. Overnight, a raw material constrained market became the opposite."

While this time it isn't stainless steel industry growth Indonesia's government has a vision for - Indonesia president Joko Widodo saying last week he'd signed a decree laying out government support for the country to become Asia's hub for electric vehicle production given its array of raw material resources - the potential market jolt is still significant.

"While we think Indonesia's EV ambitions are misplaced - while Chinese firms were happy to invest in Indonesian nickel, we don't see the same attraction for EVs - we cannot put a zero probability on an immediate ban, even if the country's director general of minerals and coal suggested that existing rules would remain," BMO said.

The bank sees an Indonesia-ban scenario that takes about 265,000t of nickel-ore out of Chinese NPI plant feed stocks forcing China to accelerate NPI plant completions and increase ore shipments from the Philippines. It would also see a draw-down in currently "elevated nickel ore inventory".

"Even with this, we would anticipate a drop of about 80,000-100,000t in overall refined nickel output. This would leave the market in a meaningful deficit. Ore prices would rise, but even if they doubled from today's levels NPI production costs would only be about $15,000/t on our calculations. In other words, the market has more than fully priced in a ban already.

"A steady reduction in ore export licences makes much more strategic sense [for Indonesia]. Rather than cut off ore exports ... we think a much more rational course for Indonesia is to perform an audit of refined nickel facilities under construction and revoke export licences from those not making fast enough progress. Under this scenario, a nickel constraint would be avoided, legislation would remain unchanged and Indonesia would show its commitment to getting investment for downstream development."

Meanwhile, China's Chengtun Mining last week announced plans to invest US$145 million in an Indonesia nickel smelter in the Weda Bay industrial park, in Halmahera province. Chengtun will assume a 35.75% stake in the project company Youshan Nickel. Youshan Nickel will construct the nickel matte smelter with capacity of 34,000t/y of nickel, following similar investment by Tsingshan.

Outside of the latest NPI market gyrations, Roskill sees a need for an incentive price of more than $20,000/t for new nickel projects.

"If the price continues to creep up, however, shuttered or lower-cost capacity may be incentivised to re-open, even though Roskill considers that additional nickel units aren't necessary in the immediate future to balance demand growth, given that on and off-market stock levels and output are sufficient to meet short-term Class I (including nickel sulphate) requirements," it said.

"A nickel price spike now may not reflect the reality of the market balance, but if it continues and is sustained, may be a blessing given the timeframe to production of new supply to meet higher demand, led by electric vehicles, in the future."

FastMarkets reported prices for 94%-carbon grade flake, FOB China, to have declined by 6%, 3% and 4% for fine (-100 mesh), medium (+100 mesh) and large (+80 mesh) size flake, respectively, in the second quarter, compared with those in the first quarter. Prices continued to fall in July.

Shaw pointed out Syrah Resources was responsible for almost all production in Mozambique and it aimed at ramping up output through the remainder of the year, with plans to double 2019 production from the 104,000t output in 2018.

"The producer has already reported 48,000t of flake concentrate shipments in Q1 and 53,000t in Q2 from its Balama operation. With demand currently growing more slowly than anticipated, this extra supply is expected to push prices even lower through the remainder of 2019 and 2020.

"Lower demand is a result of revisions to Chinese EV incentives since the start of the year, which have begun to negatively impact demand for lithium-ion batteries and their raw materials," Shaw said.

Roskill's longer-term price forecasts out to 2029 are more positive, however, as significant growth in demand for flake graphite from batteries outpaces supply from the ramp-up of current producers.

"Price recovery will depend on the ability for new producers to open new supply in a timely fashion and on other factors, not least, the potential for further environmental closures in China."

A message from China

Meanwhile, the trade war between the US and China continues to make waves, impacting industries which rely on trade between the two nations.

While the US has not implemented tariffs on rare earth products in previous rounds, including the latest round of an additional $300 billion announced early this month, rare earths are likely to remain unaffected by US tariffs for now, despite China appearing much more likely and better positioned to implement restrictions on the trade of rare earths and downstream products between the two nations.

The Association of China Rare Earths Industry (ACREI) announced earlier this month it would support China's use of retaliatory measures against the US as part of the on-going trade war.

ACREI accused the US of "trade bullying behaviour" and expressed its firm opposition to additional US tariffs announced in August.

"No restrictions on rare earth trade have been reported by Chinese officials, though ACREI's announcement acts as a reminder of China's dominance in the rare earths industry. Rare earths are used in the manufacture of many products for the petroleum, automotive, military and high-technology industries based in the US," analyst David Merriman said.

According to Roskill, Chinese rare earths exports increased 14.8% in June to 3,591t, with exports to Japan more than doubling from those in May. Conversely, Chinese exports to the US fell by more than 28% to 911t, though they remained within the typical range of monthly trade volumes, the firm noted. "The introduction of additional tariffs could further diminish China-US trade in rare earth compounds, even without a definitive ban or tariffs being applied directly to rare earth products," Merriman said.