Advanced products manufacturer First Graphene has signed an exclusive global licencing agreement with the UK’s University of Manchester to collaborate on developing energy storage materials, including a new class of high-performance capacitor made from a graphene-hybrid. 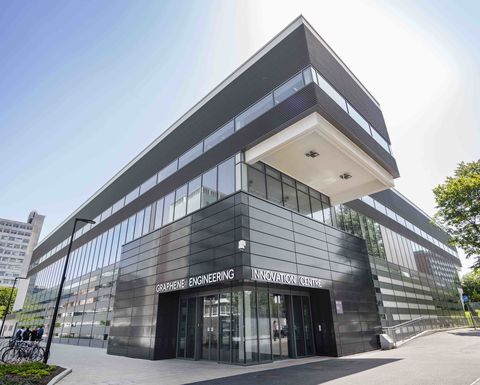 The new agreement in a series of collaborative efforts between the partners allows both organisations to make metal-oxide decorated graphene materials using a proprietary electrochemical process, with high gravimetric capacitance up to 500 Farads per gram.

The UK's Engineering and Physical Sciences Council has provided funding to further optimise oxide-graphene materials. Following that study, First Graphene has plans to build a pilot-scale production unit at its laboratories within the Graphene Engineering and Innovation Centre. It will be the first step in volume production in the UK to enable these materials to be introduced to supercapacitor device manufacturers.

Graphene at Manchester CEO James Baker said the organisation was "really pleased" to expand its relationship with First Graphene. "The University's Graphene Engineering Innovation Centre is playing a key role in supporting the acceleration of graphene products and applications through the development of a critical supply chain of material supply and in the development of applications for industry."

"This latest announcement marks a significant step in our Graphene City developments, which looks to create a unique innovation ecosystem here in the Manchester city region - the home of graphene," he said.

The electrochemical manufacturing process that will be used builds on First Graphene's process developed at its 100t/y plant at Henderson, in Western Australia.