First Cobalt has announced high-grade cobalt assays from surface samples taken at a target 1.5km south of its Iron Creek project in Idaho, USA. Named the Ruby zone, additional work will determine if this area is an extension of Iron Creek mineralisation or a new parallel horizon. 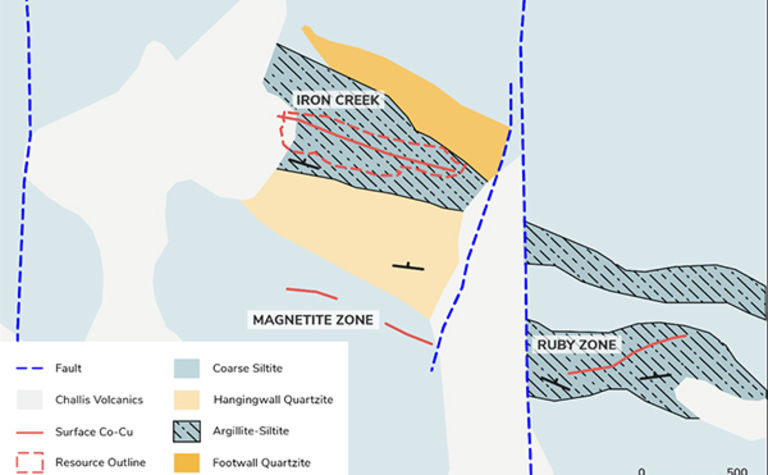 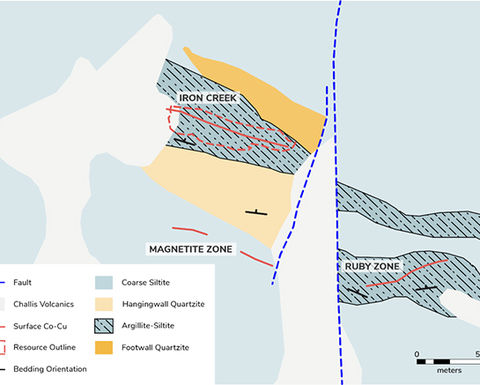 The new Ruby zone near Iron Creek in Idaho, USA

Cobalt mineralisation exposed in the southern portion of the property across a 295m strike extent. Sampling along 146m of the exposure returned several intervals including 10.7m grading 0.24% cobalt. The Ruby zone is geologically similar to mineralisation at Iron Creek and may be a structural offset or a separate stratigraphic unit.

"This newly sampled mineralised zone opens up the possibility for a much larger mining complex centred on the Iron Creek resource. With the potential of additional resources in the Ruby zone, this district in Idaho once again demonstrates potential for long-term, meaningful supply of cobalt in America," said president and CEO Trent Mell.

First Cobalt plans to release an updated resource estimate for Iron Creek before year end to include over 13,400m of drilling in 43 holes since the September 2018 resource was inferred resource of 26.9 million tonnes grading 0.08% cobalt and 0.30% copper containing 46.2Mlb cobalt and 176.2Mlb copper was estimated.

Shares in First Cobalt are trading at C15c, valuing the company at $56 million.