Since joining minnow Deep Yellow in late 2016, managing director John Borshoff and his former team from Paladin Energy have been able to deliver more than 60 million pounds of inferred resources for the 100%-owned Reptile project in Namibia. 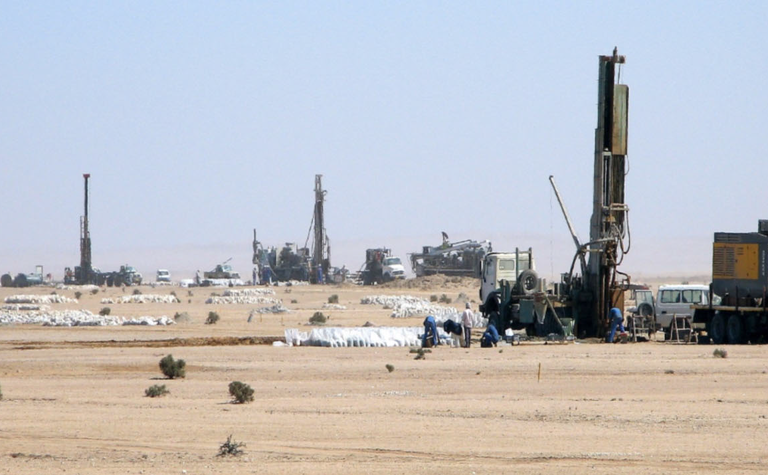 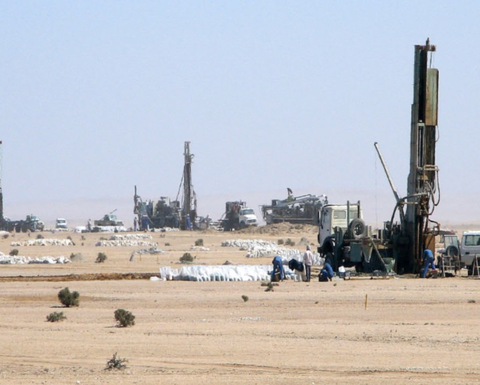 Drilling at Reptile in Namibia

A focus on calcrete-associated uranium mineralisation within the Tumas palaeochannel has allowed the company to announce a threefold increase since November 2016.
This morning the company announced a 24.8 million pound at 319 parts per million uranium inferred resource following extensional drilling at Tumas 1 East.
The 34% boost has delivered total Tumas resources of 92.5Mlb at 303ppm uranium.
Overall resources in Namibia have now more than doubled to 110.5Mlb at 290ppm, above the lower end of its targeted 100Mlb.
The explorer is targeting up to 150Mlb at 300-500ppm of Langer Heinrich-style calcrete-associated mineralisation.
Borshoff, a uranium bull who lead Paladin through development of Langer Heinrich, is optimistic Deep Yellow will achieve its targets given 40% of the known 125km-long palaeochannel system is undrilled.
He said Deep Yellow's discovery costs were just A11c/lb.
Drilling continues at Tubas, west of Tumas, with the first results expected in the new year.
Deep Yellow recently raised $11.3 million to increase its cash position to more than $15 million, with the funding to double drilling and accelerate development plans.
A Reptile scoping study is due for completion in December, with a prefeasibility study expected to begin in 2020.
The junior hopes to complete a detailed feasibility study in 2023-24, with the hope of being development ready ahead of a supply shortfall from 2023.
Shares in Deep Yellow were up 3% in early trade to 28.5c, valuing the company at $67 million.