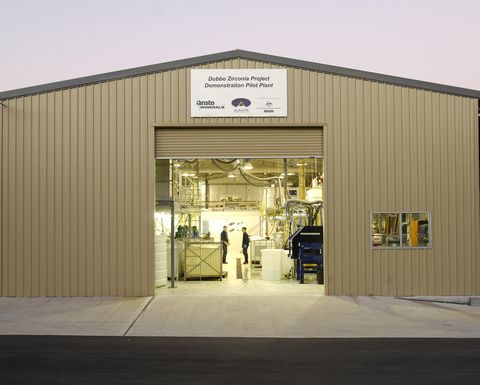 Alkane has been in talks with government departments, EFA, Austrade and the new Critical Minerals Facilitation Office.

"After extensive engagement with the Australian government, particularly recently as part of its critical minerals initiative, it is pleasing to see that stated support is translating into preparedness for government agencies to act, in this case with EFA providing confirmation of its interest in being part of the financing consortium for the Dubbo project," Alkane managing director Nic Earner said.

Mining engineer David Woodall was recently appointed as MD of ASM ahead of a potential demerger.

"I look forward to continuing ASM's discussions with strategic partners and offtake parties, particularly with the ongoing trade support and now potential financial support from the Australian government," Woodall said.

"It is very clear in today's world that security of supply chains in all manner of materials is a pressing issue, and security of critical minerals is one supply chain that the Australian government is clearly identifying as a priority for government backing."

Dubbo has capital costs of $1.3 billion, based on a 1 million tonne per annum base case operation.

Under that scenario, the project has an internal rate of return of 17.5% and net present value of $1.24 billion.

Alkane has also identified the potential for a 500,000 tonne per annum start-up project with capital costs of $808 million.

Dubbo is expected to have a mine life of more than 75 years and is fully permitted.

Alkane shares were up 5.5% to 85.5c. The stock was 20c this time last year and rose as high as $1.16 last month due to its promising Boda gold-copper porphyry discovery in NSW.