Chile’s lithium producer SQM may put the brakes on expansion investment if demand continues to slump as a result of the COVID-19 virus pandemic. 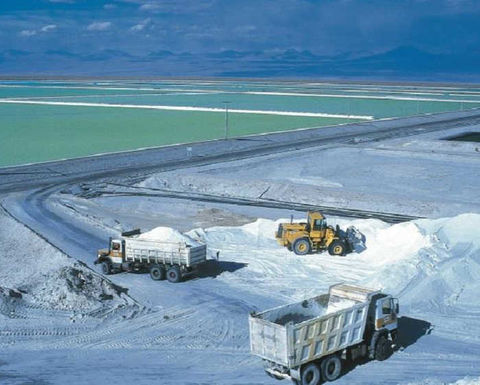 The company was planning to invest US$330 million this year as part of plans to expand production capacity of lithium, iodine and nitrates from its operation in the Atacama Salar as part of a $450 million investment plan for the year. However, the economic turmoil caused by the global response to curb the spread of COVID-19 has impacted many of the markets the company supplies.

"As we continue to assess the changing global economic environment and the impacts it might have on demand growth in the industries we sell to, we may find it prudent to delay or modify our capital spending plan for this year," chairman Alberto Salas said in a letter to shareholders.

SQM produces 70,000 tonnes per year of lithium carbonate and 13,500tpy of lithium hydroxide from its Salar de Atacama operations, and other chemicals. It plans to increase this to 180,000tpy via a series of incremental modules of 40,000t each expansion.

Sales of electric vehicles, in which lithium is a key component in the battery packs, are facing headwinds including a slower regulatory push by China and the US towards increasing adoption, and more recently, the dramatic decline in the oil price has made petrol cheaper.

Prices for lithium have fallen 37% over the past year as new supply came on stream and flooded the market, according to data from Benchmark Minerals Intelligence.

Salas said that despite the company having a cash balance of $1 billion company directors and executives will see a 25% pay cut in the variable part of their renumeration as it seeks to reduce costs.