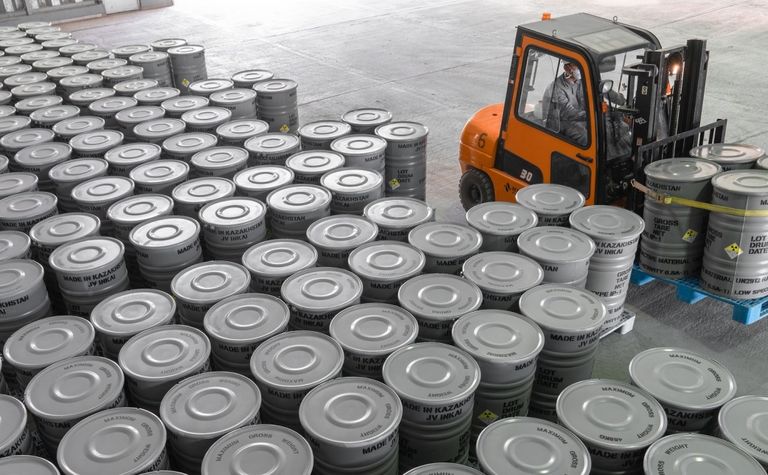 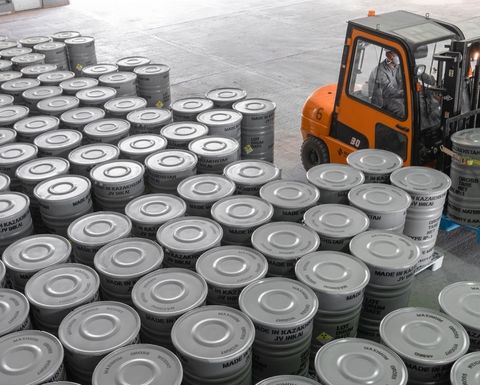 The Kazakhstan company reported adjusted EBITDA of KZT81 billion at June 30, an 11% increase on the first half of 2019.

Attributable EBITDA was KZT84 billion, a 44% increase, mainly driven by increased operating profit, as well as an increase in the share of EBITDA of joint ventures and associates.

The adjusted EBITDA was 15% above BMO's estimate of KZT70.1 billion.

"Despite all of the challenges brought by coronavirus restrictions, Kazatomprom has delivered a strong set of H1/20 results, including a 15% EBITDA beat on lower costs and solid free cash flow (6% annualised yield)," BMO's Alexander Pearce said in a note.

"With reiteration of 2020 guidance, we continue to expect a stronger second half for sales (albeit production is lower), which drives peer leading multiples (FCF and dividend yield >10%), and P/NPV of 0.5x."

The company had extended its 20% production cut to the end of 2022 earlier this month, and CEO Galymzhan Pirmatov last week said "theme of uncertainty" had persisted in the uranium market in the first half of 2020.

"However, the general sense is that there has been a shift in sentiment - from participants wondering ‘when' the market will transition to support current and future primary production, to now talking of ‘how soon' that transition could take place," he said.

"Until just recently, there has been very little contracting activity by end-user utilities, who have been far more focused on managing their nuclear plants through the pandemic.

"The absence of those end-users and any serious term contracting, tells us that we have not yet reached a turning point, though the potential pressure on supply for the second half of the year is starting to gain attention."

Kazatomprom put its group average realised price for U3O8 at US$27.81 per pound, a 3% rise on the previous six-month period.

BMO has put Kazatomprom's rating as outperform and its price target at $17, with the stock closing at $15.30 on Friday to capitalise it at $3.97 billion.