Namibia Critical Metals says JOGMEC is tipping a further C$1.1 million into the current drilling programme at the Lofdal rare earths joint venture project in the north of the African country. 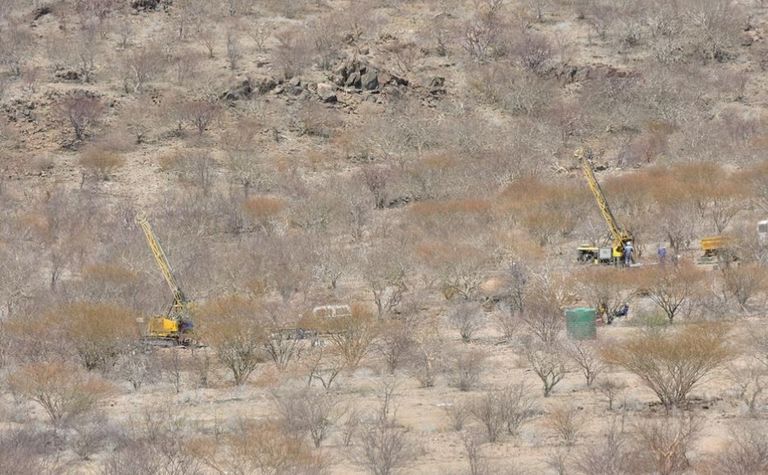 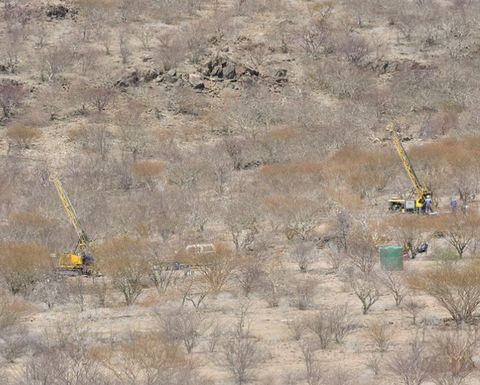 Two rigs in action at Area 2B, at Namibia Critical Metals’ Lofdal project in Namibia

Japan Oil, Gas and Metals National Corporation (JOGMEC) acquired the right in January to earn up to an initial 50% of Lofdal by spending $20 million.

Namibia Critical Metals said the extra funding increased the term one joint venture expenditure from $3 million to $4.1 million by March 31, 2021, and the extra could be credited against the term two expenditure of $7 million.

"We are very pleased to see this additional injection of funds by our joint venture partner, which will enable us to further demonstrate the value in Lofdal as a long term, sustainable supply of heavy rare earths for Japan," president Don Burton said.

He said Lofdal was "one of only two primary xenotime deposits under development in the world" aside from Browns Range in Australia.

A 2014 preliminary economic assessment said Lofdal could produce an average 1,500 tonnes per annum of separated rare earth oxides (REO), and Burton said had demonstrated Lofdal had the potential for "significant production of dysprosium and terbium, the two most valuable heavy rare earths used in high powered magnets".

China's dominance of rare earths supply was in the spotlight again last year amid trade tensions with the US, and Japan has been seeking to shore up supplies after China restricted exports 10 years ago following a diplomatic dispute.

Are we set for a repeat of the price crash seen ten years ago?