Graphite junior Nouveau Monde says it’s been chosen as the first mining partner in a group aiming to make “the first-ever electric heavy-duty vehicle for the mining sector” in Canada. 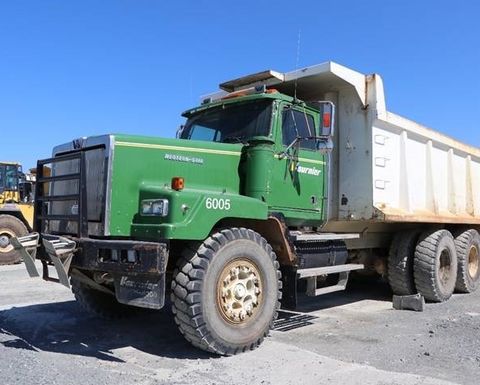 Fournier et Fils is providing a truck for the electrification project

The Innovative Vehicle Institute, Propulsion Québec and the National Research Council of Canada, in collaboration with Adria Power Systems, Dana TM4, Fournier et Fils and Nouveau Monde, announced the development of a new electric propulsion system with a rapid recharging infrastructure adapted to heavy vehicles in the openpit mining industry.

The group said the sector was in a transition towards a low environmental impact mode of operation and there were currently no electric-powered heavy-duty trucks on the market which met the "difficult operational and climate needs" of openpit mines.

Mining contractor Fournier et Fils would provide a Western Star 6900XD truck with a 40-ton loading capacity, as well as technical experts to assist in converting the truck to accommodate the new components.

The prototype was expected to make its first real-world test runs as early as spring 2022 at a Fournier et Fils quarry and at the Nouveau Monde graphite site.

Nouveau said it was aspiring to become the world's first 100% electric openpit mine.

It was planning to use 12 electric trucks to save more than 80,000 litres of diesel per year and reduce its greenhouse gas emissions by more than 220 tons, according to preliminary estimates.

Nouveau Monde is targeting commercial operations in 2023, producing up to 100,000t of graphite concentrate annually over 25.5 years from its Matawinie deposit, 150km north of Montreal.

It signed a deal last week which should result in commercial-scale pilot production of battery-grade graphite in the second half of 2021.