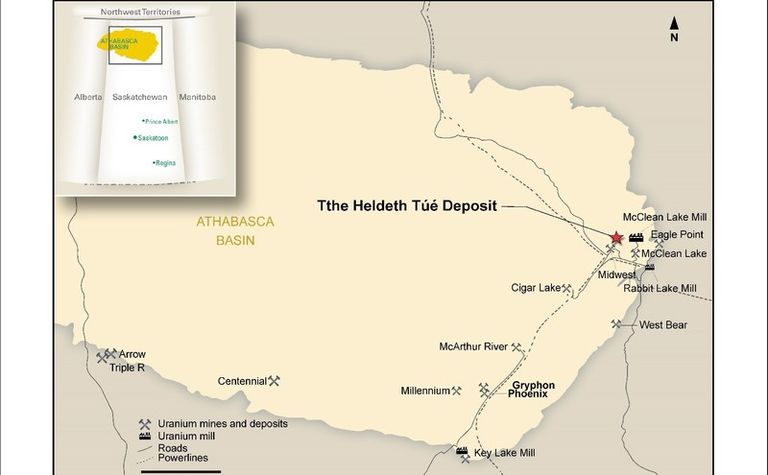 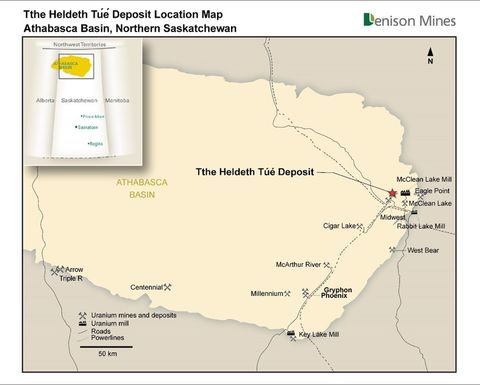 THT, previously known as J-Zone, has about 11.6 million pounds of uranium in an indicated resource, with an average 3.2% grade, seen to be marginal if extracted using a standard mining approach.

"The selection of the ISR mining method for the THT deposit has transformed our expectations for the project," said Denison CEO David Cates.

The company's PEA indicates processing leach solutions from THT wells using spare capacity at the nearby McClean Lake Mill, owned 22.5% by Denison, could produce 1.6Mlb a year of uranium over six years at average AISC of US$24.93/lb.

"[It] represents visibility on unlocking value at one of Denison's many secondary projects," Healy said.

Denison has looked at ISR for tackling the Phoenix deposit at its flagship Wheeler River project, seen as an unconventional mining method for the unconformity-hosted uranium deposits of the Athabasca Basin.

"Denison's unique (to the Athabasca) plan to in-situ leach the Phoenix deposit is perceived as technically challenging, but with a very high potential reward," said Healy.

Denison said recently it was restarting the formal environmental assessment process for Phoenix, which could become Canada's first ISR uranium mine. The technique has been proposed elsewhere in Saskatchewan to extract potash at low cost.

Spot uranium prices have been range-bound for the past five years below US$30/lb for the most part. Summer optimism that saw prices inch above that level on USA actions to establish a domestic uranium reserve and to further control imports amid a market glut has fizzled, with the price sitting below the psychologically important $30-mark during September and October.

Uranium pundits believe in strong fundamentals for the radioactive metal, based on increasing numbers of nuclear power plants planned or under construction around the world. It appears nuclear power's detractors are slowly warming to the idea that it is indeed a low-carbon option to help reduce anthropogenic greenhouse gas emissions.

Denison shares (TSX:DML) have been on a roller-coaster ride over the past 12 months, fluctuating between C24c-75c. It last traded at 45c in Toronto, capitalising the company at $305 million (US$233 million).

Cuzzubbo to drive Cascabel towards production