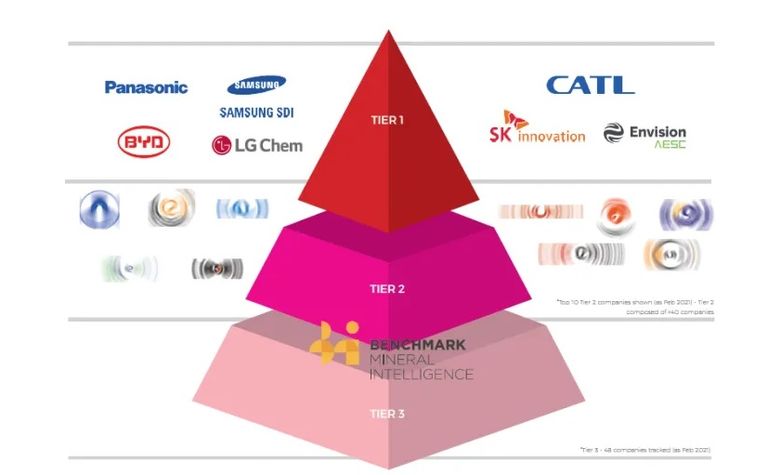 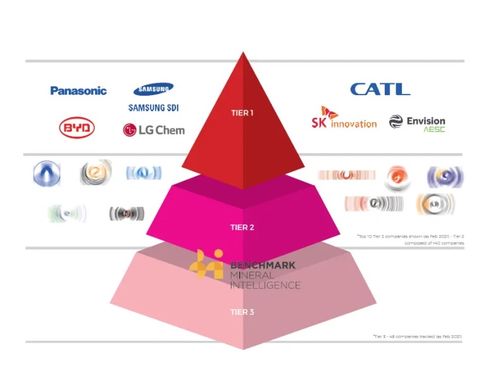 "Not all lithium ion batteries can be used in all electric vehicles," the price reporting and research agency said as it announced its tier rating system this month.

To make Benchmark's top tier, manufacturers must be qualified to supply multinational automotive OEMs/EV producers outside of China, be a supplier to China's domestic EV market and have more than 5GWh of annual cumulative capacity (equivalent at time of assessment).

It said BYD had joined the top ranking after it officially began to distribute its cells to other OEMs through its commercial battery arm, Fudi Battery.

"BYD is only the second Chinese lithium ion cell producer to reach the top tier after CATL, marking the first battery producer to be promoted since March 2020," Benchmark said.

The number of lithium ion battery megafactories it's currently tracking has grown to 211, of which 156 were in China, 22 in Europe and 12 in the US.

However Reuters reported this week Biden planned to look abroad for most supplies of EV metals and focus on domestic processing into battery parts.

This was part of a strategy designed to placate environmentalists and counter to a private commitment to miners last autumn to allow more domestic mining, the wire service said.