Allkem, the lithium giant that emerged from the merger of Galaxy Resources and Orocobre, is seeing its best product prices for three years, according to the group’s managing director Martin Perez de Solay. 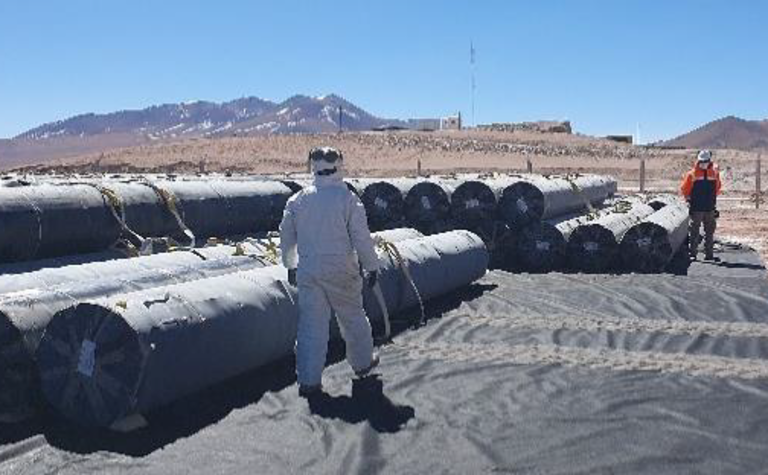 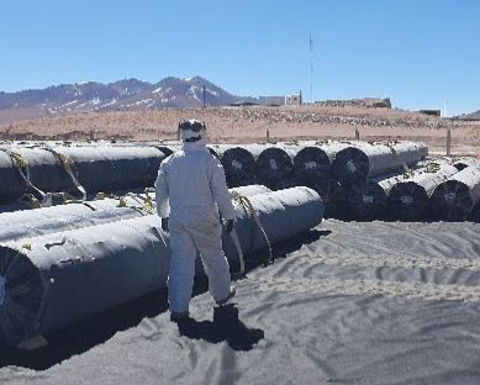 Sal de Vida is delayed, but going ahead

Speaking on an investor call this morning, de Solay said despite the global challenges posed by the ongoing pandemic, particularly in Argentina, the company was in a strong production position, with plenty of growth options.
The company's Mt Cattlin hard rock operation in Western Australia produced 230,065 tonnes of spodumene concentrate for 2021, exceeding guidance of 220,000t, including 52,225t at 5.7% for the December quarter.
The boost was due to a higher head-grade and throughput boost, offset by lower recoveries as the last of the contaminated stockpiles.
Sales of 38,071t for the December quarter generated US$61 million.
The company expects to see pricing of $2500/t for 6% spodumene concentrate for the current half, and contracts are increasingly reflecting the higher spot prices.
Grades and production are expected to ease has head grade returns to the life of mine average.
Production is estimated to settle around 90,000-95,000tpa, and the company is confident in its ability to manage COVID cases in the workforce once WA opens its borders.
Allkem has corporate experience in managing cases in Argentina, and has plans to focus on switching its focus from pre-stripping new pits to recovering ore from existing pits to maintain production - so it won't feel the impacts until 2023, and potentially allowing it to catch up.
It is also scoping out an underground option at Mt Cattlin, to assess if it may be a better option over expanded open pit operations.
In Argentina, where Allkem produces and refines lithium brines, its Olaroz stage one facility produced 3644t of lithium carbonate for the December quarter, of which 51% was battery grade, in line with targets.
Pricing was $12,491/t generating revenue of $41 million, but the company expects second-half pricing to land at $20,000, an increase of 80% on previous six months.
In terms of growth projects, the Naraha lithium hydroxide plant in Japan continues to undergo a slow commissioning process, largely due to COVID-19 movement restrictions, but it should commence production within the next few months.
In Argentina, the Olaroz expansion is most almost 70% completed, although total capex has been revised up by 10-15% to $365-380 million due to COVID protocols and both global pricing increases and domestic inflation in Argentina, but de Solay is confident production will commence in the second half of the year.
The good news is the cost increase can be funded via shareholder loans from guarantee funds.
At Sal de Vida, first production is now not expected until late 2023 due to COVID-related delays in processing the environmental permitting. Those permits have been received, and pond construction as commenced.
The project aims to produce 10,700tpa of lithium carbonate, with an expansion to 32,000tpa, but studies are looking to boost stage one to 15,000tpa with no change to schedule.
The second stage may be larger still. The lithium is in the ground, it just needs to be confirmed.
In Canada, the James Bay hard rock operation has completed a feasibility study for a 2Mtpa operation similar to Mt Cattlin, with the low-cost development expected to start construction later this year, with commissioning in 2024.
de Solay said the company was already thinking about its options beyond James Bay and Olaroz stage three, and would announce indicative plans in the next few months.
Allkem ended December with cash of almost $427 million, with $119 million held as guarantee for the debt facilities until practical completion for the Naraha and the Olaroz expansion.
Demand for lithium has fired up with battery production soaring to a new record, and electric vehicle sales up sharply in late 2021.
Canaccord Genuity analyst Reg Spencer, who has a buy recommendation on Allkem with a price target of A$12, said the company had solid margins given pricing momentum continues, with its recent price guidance of US$20,000/t 21% above his expectations.
"We continue to expect further pricing increases through CY22 noting China spot pricing of $44,000/t," he said.
The company is about to commence a drilling program at Mt Cattlin to ensure the project has reserves to support a longer life.
Allkem shares were up 3.5% to A$11.76, valuing it at $7.2 billion.
It has been as high as $11.97 since the merger.

Some mines will struggle to trade profitably.