The Colombia Gold and Copper Symposium (CGCS) is rapidly establishing itself as one of the must-attend events for the mining and exploration sectors in Latin America, with an increasing number of companies presenting and delegates from around the world attending to find out more about gold and copper project opportunities in Colombia and the region. 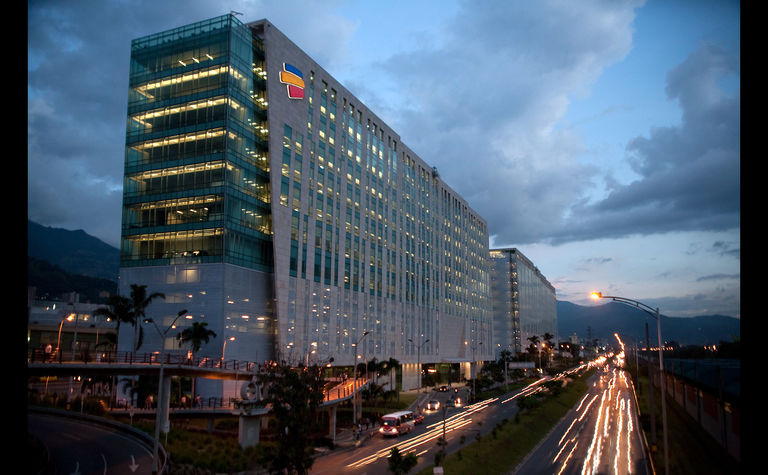 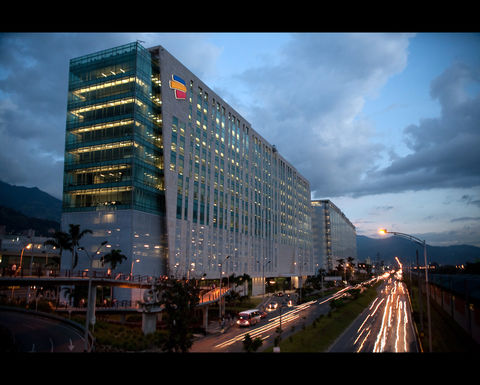 The Colombia Gold and Copper Symposium will take place in Medellin, Colombia

About 250 delegates are forecast to attend this year, with the event taking place on November 14-15 in Medellín.
Some 15 companies are set to talk about their projects over the two days, including presentations from development-stage companies such as Minesa and its Soto Norte gold project in Santander (formerly owned by AUX), Continental Gold (CN:TSX) and its high-grade Buritica project and Metminco's (AU:MNC) Miraflores, a project it has just published a feasibility study on.
Meanwhile, Red Eagle Mining (CN:R) will provide an update in its San Ramon mine, Antioquia Gold (CN:AGD) will talk about its Cisneros development and Colombian producer Mineros SA will discuss its expansion plans.
This is just a fraction of the gold mining talk.
Orosur Mining (CN:OMI) will be up on stage presenting its Anza project in Antioquia where it has recently restarted drilling, Gran Colombia Gold (CN:GCM) will talk about the high-grade mineralisation it is finding at its Marmato project and Royal Road Minerals (CN:RYR) will present its exploration work in Nariño; one of Colombia's most prospective areas now civil conflict has ended with the FARC.
It is the exploration potential drawing considerable interest to Colombia, particularly for copper, with a copper session kicked off by Gloria Prieto of the Colombian Geological Survey, which has recently focused on generating information about Colombia's copper potential.

The region is attracting interest from big miners from Canada, Australia, the US, Japan and China and there will be several business development teams at the event.

Proof of the region's copper potential will be provided by Atico Mining (CN:ATY) and its El Roble mine and volcanic massive sulphide deposit, Mario Stifano of Cordoba Minerals (CN:CDB) and its San Matias project (controlled by Robert Friedland's HPX company), SolGold (CN:SOLG) whose Cascabel project is just south of Colombia's border with Ecuador and Minera Cobre, which has an extensive land package in the Murindo copper belt.
"The region is attracting interest from big miners from Canada, Australia, the US, Japan and China and there will be several business development teams at the event.
We also have a core shack area so delegates can see and feel the mineralisation that the presenting companies will be talking about," CGS2017 organiser Paul Harris said.
Colombia is not without its operational and regulatory issues and CGS2017 will see Silvana Habib, president of the National Mining Agency, talk about the agency's efforts to make administration of the sector more efficient. This will be bolstered by the Colombian Mining Association, which has plans to talk about themes on the legislative and administrative agenda.
The regulatory session will also include a roundtable discussion by leading natural resources lawyers to provide clarity on topics such as local participation in decision making, prior consultation and concession applications.
CGS2017 will also look to address strategies to help companies turn potential threats into opportunities.
Birsa International is down to talk about optimising community relations, INTERA about responsible water management and communication strategies for mining, the Humboldt Institute about under what conditions mining is compatible with the environment, and Control Risks on the issues and opportunities peace represents for natural resources companies.
Mining and exploration could not occur without investment and CGS2017 includes the participation of several experts on this front. This includes keynote presentations by Rick Rule of Sprott Asset Management, Canadian bank CIBC and Peru's Kallpa Securities.
It doesn't end there.
The future of mining requires innovation for competitiveness and efficiency, a topic that will be led at the event by EY, and includes Cycladex on its gold processing without cyanide, Agnico Eagle Mines (CN:AEM) on innovation in mining, Byrnecut on innovation in contract mining and the Better Gold Initiative about ways to work with small miners.
A key element of CGS2017 is the field trip programme, and this year sees visits to San Matias (Cordoba Minerals), San Ramon (Red Eagle), El Roble (Atico Mining), Buritica (Continental Gold), Anza (Orosur) and Miraflores (Metminco).
And for those seeking a deeper geological understanding, Dr Stewart Redwood is running a short course on Colombia's metallogenic districts.
Mining Journal is a media partner and is set to provide extensive coverage.
For more information visit www.colombiagold.co/en

Decarbonization of mining will reshape the industry

Physical Diggers event set to break its own record