After years of hard graft, Gascoyne Resources (ASX: GCY) has officially earned its place at the table set for gold producers, with the first 9.55 kilograms poured from the new Dalgaranga operation in Western Australia. 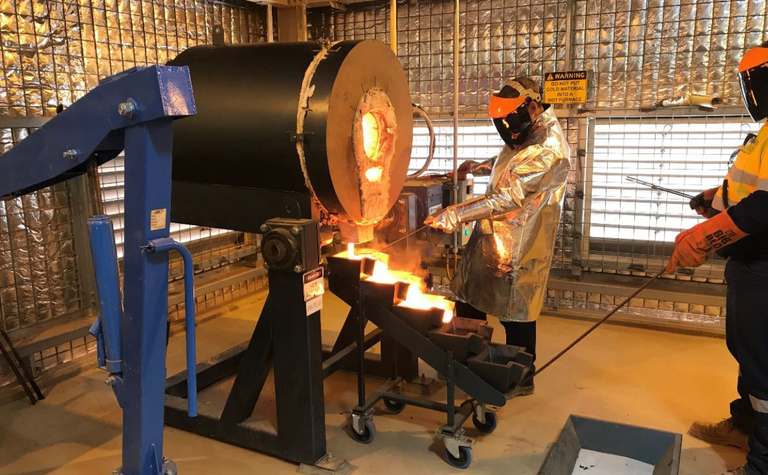 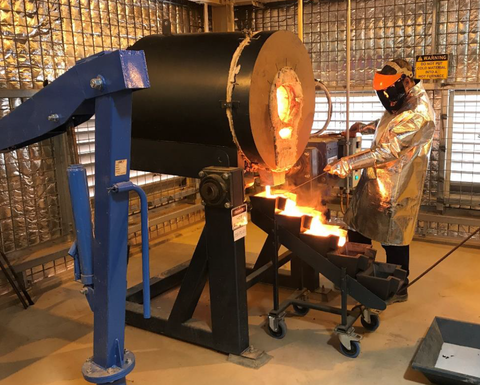 A second pour is scheduled for the end of this week.
Managing director Mike Dunbar said to say the company was pleased by Gascoyne's development from a junior with less than 200,000 ounces of resources on listing in 2009 to today's modern mining operation "would be a massive understatement".
He praised GR Engineering achieving practical completion ahead of schedule and under budget, and said over the next 2-3 months the aim was to achieve consistent performance and nameplate of 2.5 million tonnes per annum.
The primary crusher has already operated above design capacity of 450 tonnes per hour at up to 500tph, while the crusher and SAG Mill availability have been as high as 98%.
The mill is continuing to ramp up with daily average throughput up to 271tph, while recoveries have averaged 83% with peaks at 95%.
Dalgaranga contains a resource of 31.1Mt grading 1.3 grams per tonne for 1.32Moz of gold, with some 650,000oz in the mine plan for the Golden Wings, Sly Fox and Gilbeys pits.
The company's ongoing mission is to explore for additional mill feed, with the aim of extending the mine life towards 10 years, as well as progressing the separate 1Moz Glenburgh, further to the north in WA.
A 75,000m drilling program across Dalgaranga and Glenburgh is ongoing, with the company saying less than one-third of the associated mineralised trends have been tested to date.
The company has cash of A$32 million in the bank to fund the work, with debts of $51.8 million.
Gascoyne shares last traded at A54c, capitalising the company at $235 million.

Why the gold miner was recapitalised rather than sold or liquidated

Gascoyne focused on the future

Silver, platinum to outpace gold and palladium in 2021: CPM