Coeur Mining’s US$90 million acquisition of Northern Empire Resources and its Sterling gold project in southern Nevada could be just getting the ball rolling on corporate action in the district after Corvus Gold this week reframed its value case with its maiden resource statement for the Mother Lode property, south of AngloGold Ashanti’s increasingly interesting Silicon play and immediately north of Sterling. 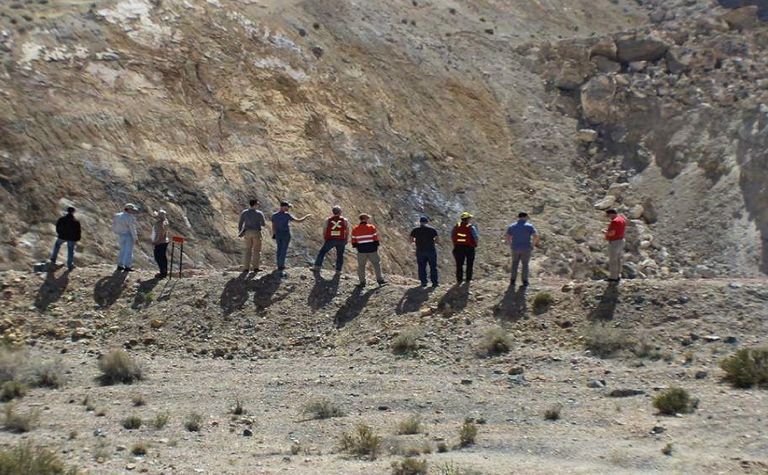 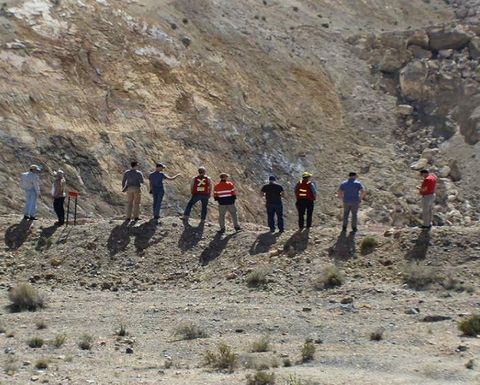 The 1.4 million-ounce resource for Mother Lode adds to Corvus' existing North Bullfrog inventory but changes its outlook significantly with the average grade of a proposed openpit being anything but average in a Nevada gold context.

Corvus, a strong market performer over the past year, and the past month, is less than two months away from filing a preliminary economic assessment for Mother Lode.

The company's shares rose about 40% from the middle of last month to this week's resource announcement, and were up about 330% over the year leading up to that milestone, making Corvus a standout performer among Nevada-focused gold stocks in that period.

But investor relations manager Ryan Ko was adamant the market was yet to price in this week's resource update. He said the company's share price had typically been reactionary.

"We tend to move after the fact," Ko told Mining Journal.

"When we purchased the Mother Lode project from Goldcorp last year we didn't even move at that time. No-one thought anything of it. Then we put out the first drill results and it didn't move until two days after that."

Nonetheless, Corvus had been "moving quite steadily over the last little while" and the standard question was coming from different types of investors: What's next?

"You see some resource reports where, if you drop it [gold price] to $1,000/oz there is no deposit there. The reason why this works is that there is a high grade core to this project … that works regardless of whether the gold price is $1,250 or $1,000.

"Where are we trading these days with the addition of Mother Lode? The sell-side will pin that number, but I can tell you that it is below the 0.8x NAV [net asset value] multiple Coeur paid for Northern Empire."

Corvus CEO Jeff Pontius is highlighting at Beaver Creek this week the price/NAV multiples on a number of recent sector transactions, presumably to emphasise the underlying value in Corvus, even after its recent share-price run-up, to existing holders.

In terms of who is most interested in that number, the list has got to include Corvus' main shareholder AngloGold Ashanti (19.9%), Northern Empire's new owner, and even the former operator of the major nearby Bullfrog mine, Barrick Gold. 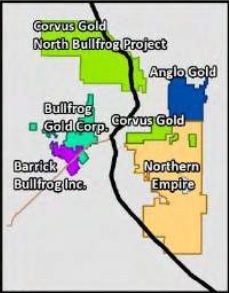 Corvus' senior management are all ex-AngloGold Ashanti and the company maintains the gold major is a supportive shareholder that has work to do over the next six months to determine exactly what it has on its hands at Silicon. So no joint venture or other proposals on the table, yet.

"Before the addition of Mother Lode, when [Corvus had just] the resource at North Bullfrog, we were essentially trading at around 0.8-0.9 to NAV," said Ko, who wasn't going to go into detail this week on additional value drivers in the upcoming PEA.

"[But] what it is going to show is that we are still below that transaction price that occurs for groups like Northern Empire, or other notable acquisitions in recent years," he said.

Coeur also paid about US$117/oz for Northern Empire on an enterprise value per resource ounce basis - about 30% higher than Corvus' new EV/oz valuation.

Ko reminds that "the average openpit grade nowadays is about 0.7gpt", including for the prolific Carlin and Cortez trend mines in Nevada's north.

What will become clearer in Corvus' PEA is the extent of the plus-2gpt higher-grade core slated to sustain mining for at least the first few years at Mother Lode, and likely to complement higher-grade vein system material from Yellow Jacket at North Bullfrog.

Corvus' "conceptual plan" for a combined Mother Lode/North Bullfrog has a central mill processing sulphide and oxide ores, and heap leach pads at both locations to low-grade oxides. It envisages plus-250,000ozpa scale, with cash costs in "the lowest quartile" and a 10-year mine life to justify the initial capex.

The deposit currently sits within an area about 650m long by 450m wide and is characterised as thick (100m average), tabular and dipping to the north at about 56 degrees on an east to west axis, along the regional Tertiary-Paleozoic unconformity. A pit could be 350m deep at this stage and Corvus has deeper core holes planned to test for mineralisation that remains open to the west, east, north and at depth.

Its current phase 3 extensional drilling program of about 20,000m of RC and core is scheduled to run through to April/May next year. Corvus has only completed about 2,500m of that program so far. 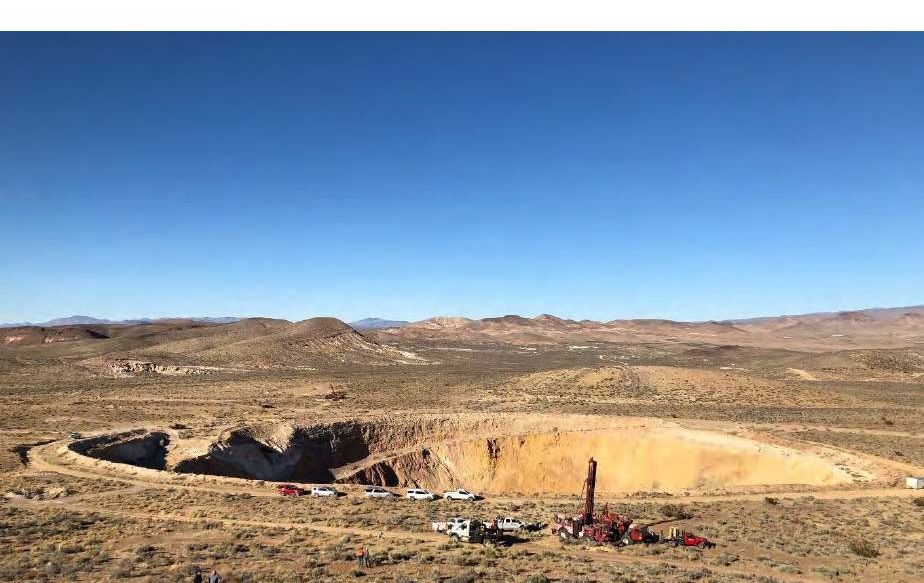 Looking north-north-east: Northern Empire drill rig in the foreground, Corvus Gold drill behind it (behind pit), and AngloGold Ashanti Silicon project in the background

With its thickness and the ability to heap leach ‘overburden' to recover gold, Mother Lode is looking like it could host a pit with about a 2.7:1 strip ratio.

AngloGold's bid to expand its drilling campaign in logistically more challenging and expensive terrain to the north is an indication it has found something worth pursuing, albeit more the deeper, epithermal vein target similar to a Yellow Jacket rather than a Mother Lode.

How that takes shape over the next six months or so will ultimately determine its level of interest in the district, but certainly the total number of new ounces in resources in the area is now building to a more intriguing point.

"So far, work has demonstrated that the alteration system is representative of a low sulfidation epithermal system centred around the Silicon fault target. It supports a follow up combined core and RC drilling of approximately 17,000m that is now being planned," Renaissance said.

Ko said the corporate activity, AngloGold's results and now Corvus' news were driving new interest in Nevada's south-west and the Walker Lane Trend, which has of course been overshadowed in the past by the Carlin and Cortez trends that account for 80% of US gold production. Nevada and its famous twin trends have yielded about 200Moz since 1859 - 140Moz since 1995.

"We are starting to see a lot more groups looking at the politically safe jurisdictions like Nevada again and there is still a lot of activity here at a time when definitely it's scaled back in some other parts of the world," he said.