Veteran mining money managers have told the Beaver Creek Precious Metals Summit they’re up to their ears in gold stocks right now, but broader investor apathy towards both the metal and equities is stopping forward momentum for many companies in the North American gold space. ASX-listed companies are a different story, but it might take a US recession to pull their US and Canadian cousins out of their current funk. 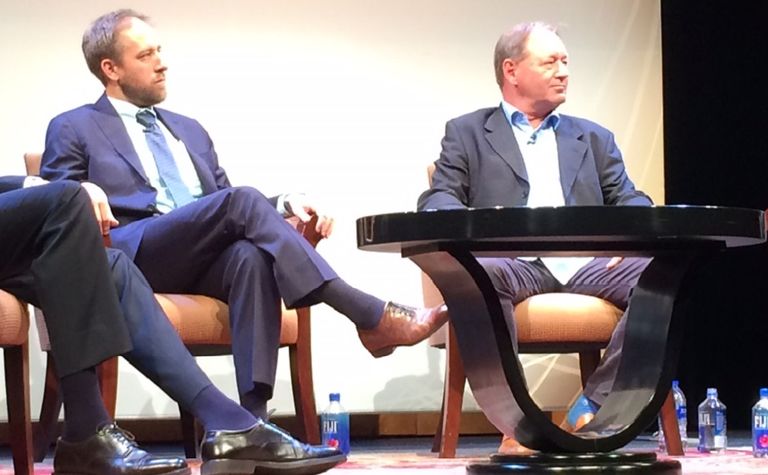 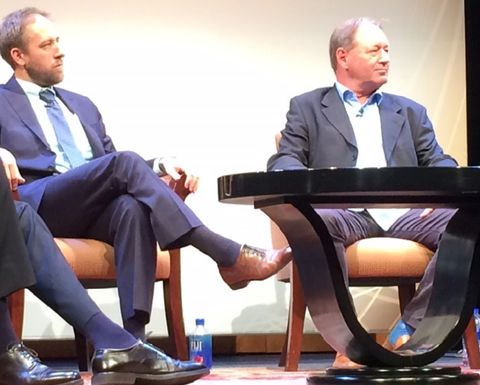 "It's frankly not a good environment for our sector.

"The [US] economy is doing well - you could say it is booming. Unemployment is low, there is not much of an inflationary threat right now, and in that environment you don't need a safe haven, you don't need a hedge against systemic risk [and] people aren't thinking about gold and gold stocks right now.

"Gold has been range-bound for about five years, so the volatility has been low.

"We're not seeing as much trading activity as we have in the past and when I talk to our clients and investors a lot of them think gold stocks are a value trap. They get it when I explain that these stocks are undervalued and there are opportunities there, but their impression of the sector is that they are going to stay undervalued for the foreseeable future.

"They don't see a catalyst for closing that valuation gap."

Foster said gold reacted meaningfully to global systemic financial stress, not local events and even regional crises: "Until it has a broader impact it's not going to move the gold price much."

But he doesn't rule out such systemic calamity.

Foster said his view was of continuing North American gold market malaise through this year and possibly 2019, too.

"I think eventually we get out of this … we're very late in the cycle, and the Fed is raising rates, and every time we've gone through a rate-increasing cycle it's brought on a weak economy, usually a recession, and I don't think this cycle is going to be any different.

"I think over the next 12-18 months we'll start to see a downturn in the economy. If and when that happens that's going to bring out all sorts of problems in the financial system, and it might even bring the next financial crisis.

"So give gold a little more time - maybe a year or two - and I think conditions will change very dramatically in favour of gold and I think people will see more risk and start to see a haven to protect themselves against that risk."

Foster said VanEck's International Investors Gold Fund and its passive ETFs were positioned according to the major investment group's long-term outlook, "which is for a better gold market than we have today".

"When I look at where we are in the cycle it takes me back to 2001. It feels like the sector is capitulating and it feels like it did back in 2001 when gold fell to $250/oz and it felt like we were hitting rock bottom. Back then I was investing in emerging companies like Glamis [Gold] and Meridian [Gold], Minefinders, TVX, those types of companies that did really well for us.

"This time around our top positions are with companies like Continental [Gold], Sabina [Gold], Corvus [Gold], Cardinal [Resources] - companies like that that I think will do very well when this market turns around."

Exploration Insights principal Mazumdar asked RCF's Parrill about the private equity group's broader investment strategy and Parrill said the firm's global chief commodity strategist had RCF's investment focus on four of the 30 or so commodities it has put money in since 1998. Gold was there with nickel, copper and zinc.

"What I would say generally is that the market has been bad for many years.

"We think that we're coming out of that … [and] it's a good time to be deploying capital; maybe not a great time to be harvesting capital.

"We are prioritising gold as an investment space." 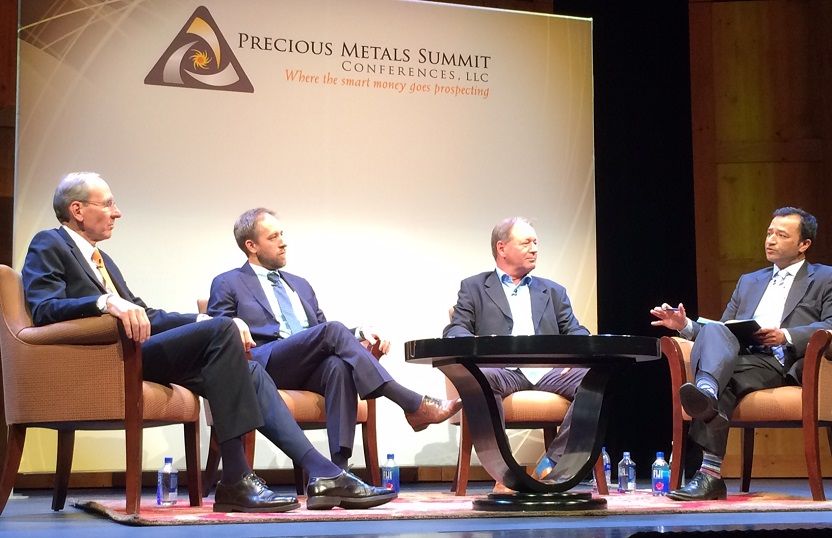 Broadly, though, private equity had exited the mining investment arena. Parrill said in 2017, when a record $750 billion of private equity capital was raised globally, only $3 billion went into mining. General PE deployed was on an eight-year uptrend. Mining was in a 4-5-year decline. Its peak years over the past two decades saw $10 billion raised for mining transactions.

Todoruk's focus hasn't changed much in the many years he's been advising high net-worth clients on mining stocks.

"What I'm looking for predominantly are brand new, high-quality discoveries, events or plays and I really don't care what the commodity is [but] predominantly it's going to be gold and copper. I just want to know at the end of the day that a big mining company is going to want to own it."

Todoruk said the better the grade of a deposit, the less geopolitical risk mattered. If a small company, such as Mariana Resources in Turkey, found a high-quality deposit, a bigger firm such as Sandstorm Gold in that case, would come in and take out the junior.

"And we've seen that over and over again."

Foster said: "Geopolitical [risk] is a big consideration for us. There are a lot of countries we're avoiding right now. The companies, no matter what company you're talking about - big or small - need to manage the geopolitical and social risk where they are working. If they can't do that they have no business being there. So as long as they can manage that risk then fine, develop the property."

Mazumdar and the panel discussed key shifts in finance markets that were also having a big bearing on the availability of gold-sector funding.

Todoruk said his Canadian colleagues had felt the wave of money flowing into cannabis stocks more than him.

"I do think it's affected the [gold] sector somewhat, but the stocks that I really focus on, the high quality discoveries, there is always an appetite. There is always a small part of the market that's in those stocks and will push them up higher.

"I'm hearing more and more from my colleagues in Vancouver that the day is coming where that pendulum is going to swing back. A lot of stockbrokers and … their investors are making a lot of money there and they're going to bring it over here one day. It will come gradually, or suddenly. I don't know when, but I think it will."

Mazumdar said a CIBC report indicated about two-thirds of $50 billion of funds under management in 2011 were actively managed - now perhaps 90% were passively managed.

"Is that a pendulum that's going to swing back, or is that something that's set?" he asked. 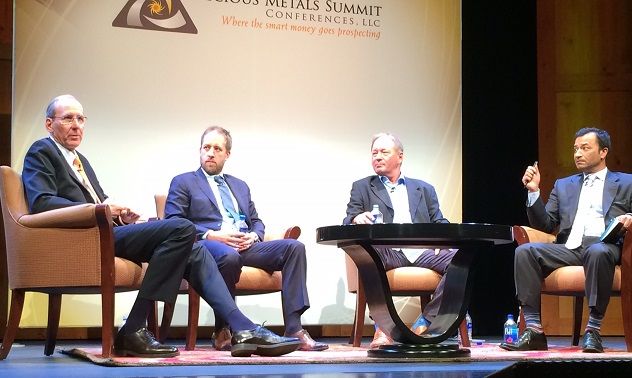 Foster said the US had 18 active gold funds managing $8.5 billion that so far in 2018 had seen about $550 million of net outflows. Over three years about $1 billion had flowed out of the active funds.

"There are 10 passive gold equity funds that we track and they're worth $14 billion. [VanEck's] GDX and GDXJ alone are worth $12.5 billion, so those by far are the elephants among the group," he said.

"They've been seeing inflows. Those 10 passive funds have seen $3.5 billion of inflows this year.

"Over the last three years they've seen $7.5 billion of inflows.

"Generally the passive funds are continuing to grow[ and] I think that's a dynamic that's come into our financial system and I think it's going to continue as far as I can tell for the foreseeable future, or at least until the next downturn and we'll see what happens then.

"So that brings in a whole different genre of investor into these funds - not only the fundamental gold investors, but you have a lot of investors who aren't concerned about the fundamentals of the companies. They're investing based on technical [factors], or on macro-economic themes.

"We won't see inflows in the active funds until this gold market turns around and investor perceptions of gold and gold stocks changes."

Another potentially significant shift in the North American mining landscape is the arrival of cashed up ASX-listed companies to not only compete for early-stage exploration opportunities, but also add high-quality development and production assets to their portfolio.

OceanaGold, Newcrest Mining, Sandfire Resources and Northern Star Resources are already making their presence felt. Others are on the way.

"My understanding is that several are moving regional headquarters to Denver to look at M&A and facilitate relationships and communications from there," Parrill said.

"We've seen a few groups dive into certain assets across Canada and the US.

"The fact that they've got high valuations gives them strong currency to [transact] so it makes a lot of sense for everyone. I would hope to see that."

Todoruk said as well as outperforming many of their US peers in recent years, ASX-listed miners did not pose the same trading bogey they once might have.

"Historically US and Canadian investors have been reluctant to invest in Australian stocks just because the market is going while we're sleeping," he said.

"But for a good discovery I could stomach that, and for an Australian miner, what's going to go wrong overnight? We're more accepting of it.

"I think there are a lot of people that still don't have the Australian gold miners in their portfolio, but for the dividends and weak currency I think they're fabulous."

"I went to Australia three years ago, and I hadn't been there in years because I didn't have a reason to go there … it had probably been 10 years since I'd been to Australia.

"But the high Australian dollar gold price and assets [bought from mainly North American vendors] have rejuvenated the Australian gold sector and created a mid-tier Australian sector that didn't exist for probably 15 years.

"As long as I've been in this business Australians always trade at a discount to the North Americans, right. They're actually trading at a premium now and as we saw with Northern Star they're starting to look outside of their own jurisdiction for opportunities, and I expect that issue to continue.

"[And] once the USD gold price recovers we're going to see that happen in North America as well.

"It's just that we haven't gotten to that phase yet."

Australians also find it tough playing away from home