Market minnow Newrange Gold Corp is aiming to join a healthy list of Nevada-focused gold companies that have raised equity funding this year as it tries to step up the pace of exploration at Pamlico, near Hawthorne, and post a maiden resource by the middle of 2019. 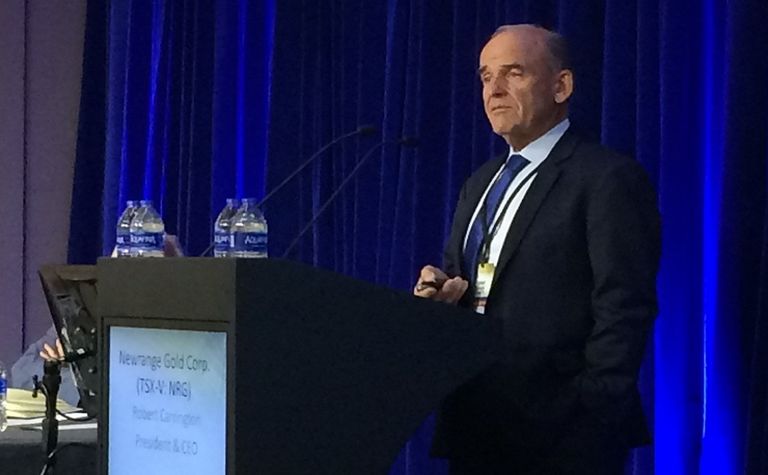 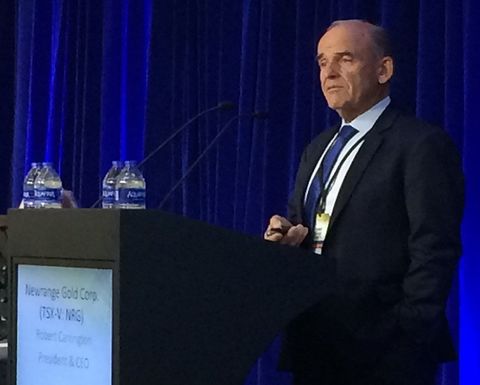 CEO Robert Carrington told the Beaver Creek Precious Metals Summit in Colorado the company was close to getting its two Colombia gold assets "off the table" - monetising them, according to Carrington, via joint venture deals - to allow it to focus fully on the Nevada property bought from a family whose patriarch had consolidated the ground and spent several million dollars searching for high-grade gold.

The challenge was that the high-grade gold was invisible to the human eye.

"He [private owner] spent most of the money driving this thoroughly modern, 3m-by-5m decline, towards what he felt was a high-grade zone and never sampled [the excavated ground]," Carrington told Mining Journal on the sidelines of the summit.

"But he'd already drifted through the gold and didn't know it.

"The last 75m of the decline averages 3gpt gold. Historically the district did produce some fairly spectacular coarse gold, but well over 90% of the endowment of the district is micron gold.

"Pamlico has that characteristic in common with [Kinross Gold's major Walker Lane mine at] Round Mountain."

Carrington used a speaking slot at the annual Beaver Creek event to highlight Pamlico's apparent geological, stratigraphic and lithological similarities with the giant Round Mountain deposit. And a glaring difference: there are 47 drill-holes on Pamlico, and more than 4,700 on the Kinross property.

Newrange's 1,670-hectare land package was in private hands from 1898 until the company acquired it in 2016. 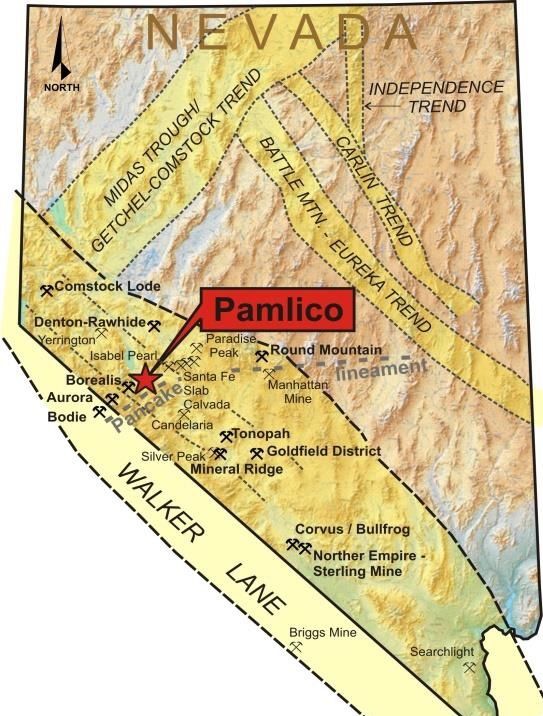 The junior stopped drilling mid-year because, says Carrington, favourable results were getting a negative market reaction on the TSXV. The company is also out of money. In fact, its shares (NRG) have continued tracking downward such that it ended last week with a market cap of only C$5.5 million, so the $1 million it is said to be looking for to get stuck into some serious drilling in Nevada will be heavily dilutionary, depending on how it structures any deal.

Carrington wouldn't comment on the fundraising at Beaver Creek. He said Newrange's plan of attack at Pamlico was received well in meetings at the conference.

Corporately, "we've received a lot of interest from some surprising companies".

"Corvus Gold [new Motherlode resource] is helping [fan interest in the district]. What the industry needs is some great big discoveries," Carrington said.

"Our work has already confirmed spectacular high gold grades within a large cloud of lower grade [near-surface, oxide] stockwork mineralisation. The lower grade is also pretty high grade, averaging between one and 5gpt.

"The bottom of our deepest mineralised intercept is less than 100m below surface, so it's an ideal openpit situation.

"Pamlico is one of the most deeply oxidised systems in Nevada. We typically see zones of oxidation extending from surface to 300m [and the] deepest oxidation horizon we've seen extends down almost 1,200 feet, so pushing 350m there.

Asked about the true width of the decline drill-hole intercept reported (70m of 3.5gpt gold), Carrington said: "It seems to be a relatively uniform body. We also drilled an angled hole across that and came up with a very similar intercept … 80m at two-something grams. The stockwork mineralisation basically forms a cloud around these high-grade feeder structures so we do get fairly equant dimensions on the overall disseminated mineralisation.

"It seems to be about 75m thick and so far in the decline it goes right out the face. The last sample at the face of the decline ran 6gpt. And we have a series of drill holes that indicate that mineralisation continues for probably another 30-40m at least."

Newrange has identified gold in at least six main target areas at Pamlico, including in platform carbonate sequences on the eastern side of the property.

But Carrington said the initial focus would remain on the west side where there were heavy concentrations of historic workings and where Newrange was seeing potential for both heap leach and mill-ore extraction.

"The volcanic hosted mineralisation is pretty much low hanging fruit right now and that's where we're going to spend our money," he said.

"Our goal is to get enough drilling into the Pamlico Ridge target zone so that we can hopefully initiate a maiden resource by mid-2019."

Drilling planned for this quarter