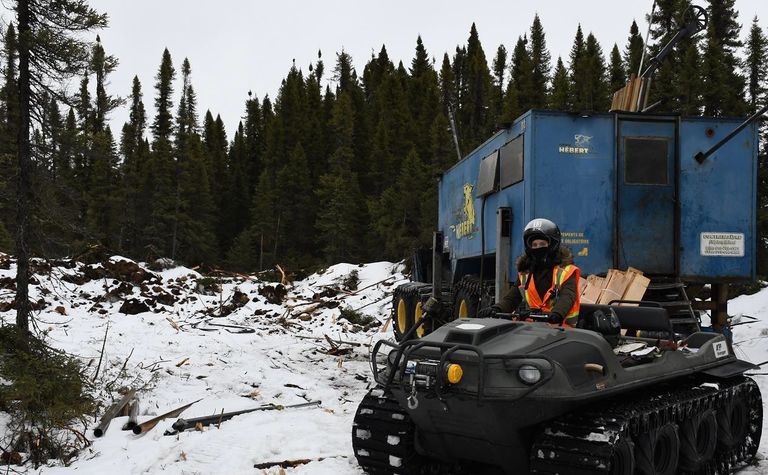 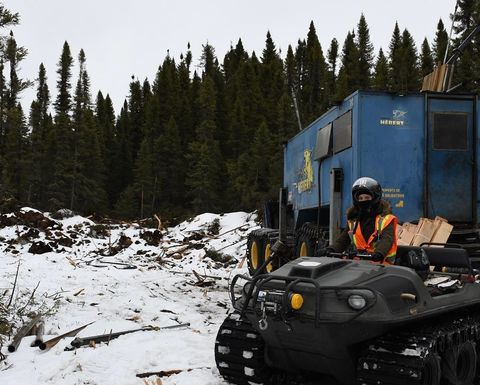 Maple Gold Mines is aiming at creating a Douay 'superpit'

CEO Matthew Hornor said in a presentation at the recent Precious Metals Summit in Colorado he was "very excited" about high-grade clusters of mineralisation they are finding within and around the current resource. He hopes it would grow to become a ‘superpit'.

"We are targeting the next Malartic-style combined superpit-underground operation in the Abitibi Greenstone Belt. We believe there is strong potential to connect several of the existing resource zones and expand mineralisation at depth and along strike," Hornor said.

Most recent results were showing higher grades the deeper the team drilled. The company discovered large bodies of syenite in the north-west gap area.

This corroborated with an initial interpretation of trace element patterns to indicate the presence of one of several intrusive-hydrothermal centres forming part of the Douay resource, Hornor said.

Geologists found the same for the project's porphyry zone, where higher-grade intervals were surrounded by broad lower-grade haloes.

Hornor said more drilling was required to further define these new zones along strike as well as up- and down-dip.

Maple has a strong management team, many of whom came over from Ivanhoe Mines.

They are working towards a resource update of the current 3 million ounce deposit, due out in the December quarter. It will incorporate 16,300m of summer drilling. The aim is to upgrade the substantial amount of inferred resources.

Initial results showed "encouraging anomalies" in several pathfinder elements that could be associated with gold in the current resource area.

"These geochemical anomalies deserve further surface work, with the objective of vectoring in on and refining future drill targets," Hornor said.

Just like its peers, Maple's equity is downtrodden in a risk-off investment milieu, having lost 56% in the past 12 months to currently trade at C12c (US9.3c) a share.

However, the company's C$25 million market value belies Douay's resource potential to grow into one of the largest independently held gold projects in Canada.