Consolidation has been a big part of Gold Standard Ventures’ development up to now, and may well define its future. But if it isn’t swallowed up by OceanaGold or Goldcorp or someone else, it could be the next big thing on Nevada’s Carlin Trend. 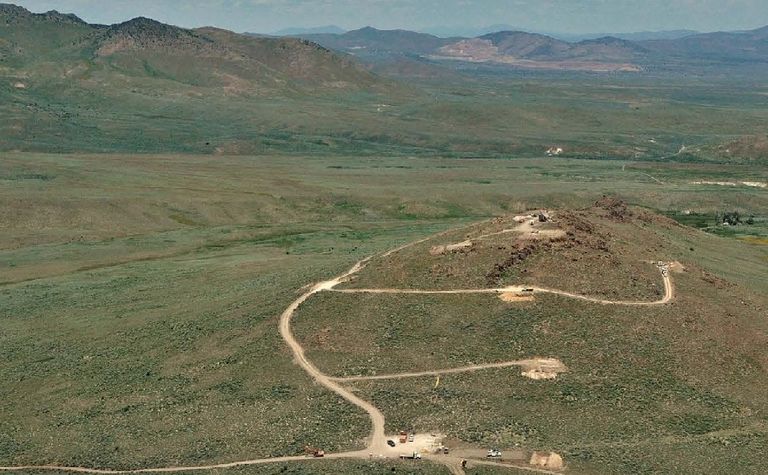 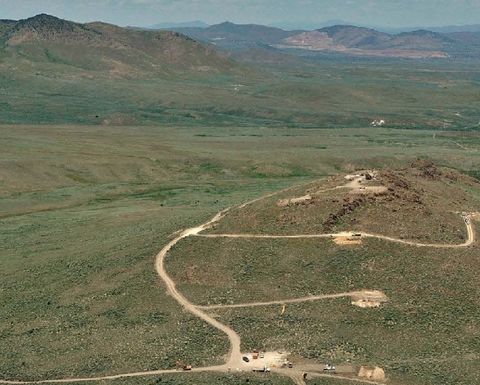 Gold Standard Ventures has five drill rigs peppering the ‘Dark Star Corridor’ in Nevada. Newmont’s Emigrant mine is in the background

The company is in the middle of one of North America's biggest gold exploration campaigns of 2018 as it drills to upgrade and extend the 3 million ounces of indicated and inferred oxide resources it has at its Railroad-Pinion project area. A coming resource update will feed a preliminary economic assessment to be completed early next year.

Gold Standard is also spending some of the US$27.8 million 2018 exploration and development budget on environmental, geotechnical and permitting work, and earlier this year paid down $3.5 million of the royalty on the Dark Star property. It recently added $2 million to the 2018 project spend.

Capital raisings this year and previously have been well supported by key stakeholders, including OceanaGold (15.6%) and Goldcorp (13.6%).

Encouragement continues to come from drilling on two fronts, with the latest results such as 190.5m grading 2.28gpt and 230m of 1.87gpt, among others, pointing to huge vertical extensions of consistent oxidised gold mineralisation below the existing resource model for Dark Star. More drilling is underway to test for lateral extensions as Gold Standard continues infill drilling for resource clarity.

"After three years of significant success, we think we may still be scratching the surface of Dark Star's prospects," he said.

Awde said at the Beaver Creek Precious Metals Summit the company had about 100 drill-holes to complete in this year's 75,000-80,000m program.

"We recently added an extra $2 million to our exploration spend this year, with most of that money going to our Dark Star deposit. We currently have five rigs on the [whole] project … three rigs on resource drilling at Dark Star [and] two exploring new targets.

"It's important for us to get these holes drilled before the snow comes in mid-to-late November. We do have a couple of deeper holes [down to 500-600m] planned in the rest of this drilling for 2018.

"All the work we're doing now is at least to PFS standards, so we're still talking internally about what's the better path for us to move forward.

"What's interesting with the [latest reported drill] holes … was that we, underneath the oxide, which we're pushing anywhere from 50m to 100m below the current block model [before] we are getting into some sulphide. We've generally pushed the block model down at least 100m below where we had the previous model, and underneath we have some sulphide intercepts which for us is very interesting.

"It's quite rare to see these kinds of intercepts at these grades, and [the] continuity … was one of the big question marks certain people had last year with Dark Star. What would the deposit look like after you go from 100m centres to 25m spacing? And I think that we've demonstrated that there is phenomenal continuity at Dark Star." 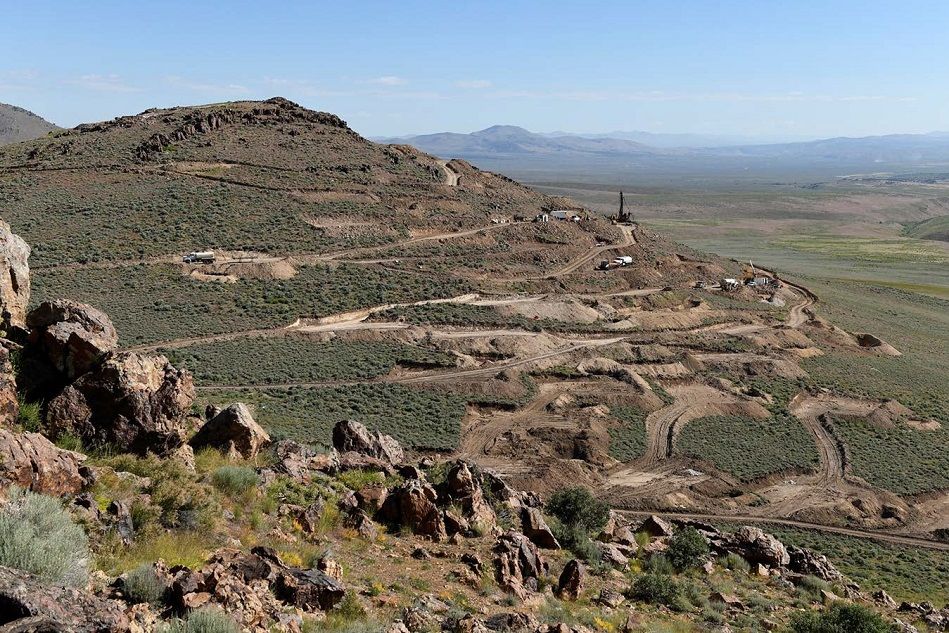 Gold Standard is waiting for results from at least two more holes drilled down to 1,250-1,300ft at Dark Star, where others have picked up 1.5-2gpt in sulphides in the bottom 30-40m. Assays were generally showing oxide mineralisation down to about 1,200ft.

"The mineralization appears to be related to the Ridgeline structural zone and remains open to the north, south, west and at depth," Harris said. "We are anxiously awaiting results of the final two holes to design follow up drilling." 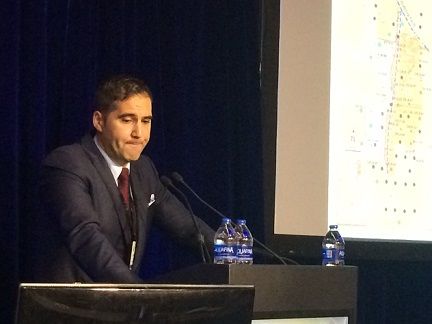 "The last big land package acquisition we did was back in March of last year when we picked up 21,000 acres," he said. "There is not a lot of room to grow [the] land package from here."

"Last year with the drilling we did expectations were sky-high and one of the challenging parts of making discoveries is managing expectations in the market," Awde said.

"We've had some ups and downs, but we're really excited by recent results here both at depth and to the west, and there is far more openness to Dark Star than [has been credited] in the market."