The gold standard was for centuries a global financial norm that ensured the financial system functioned effectively, until it came under threat in the 1930s and was ultimately culled in 1971 by US president Richard Nixon, signalling the official decoupling of the US dollar from gold. 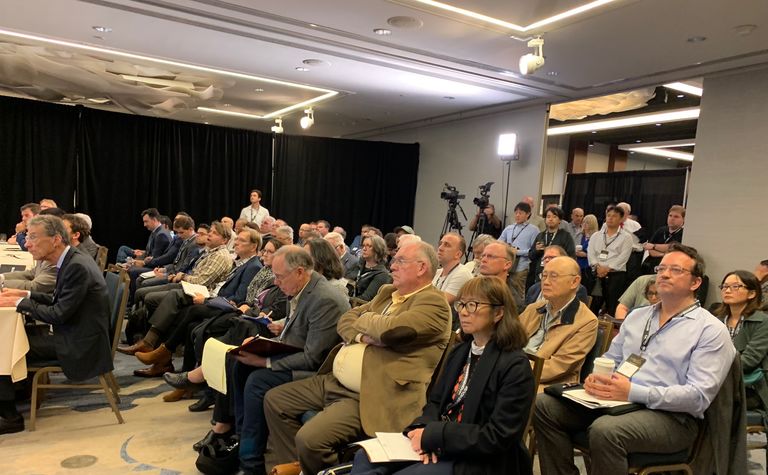 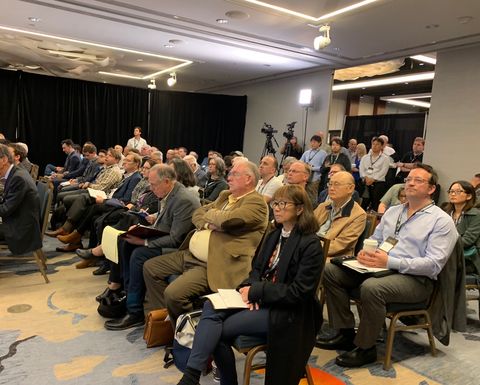 The removal of the gold standard had allowed the unshackling of the global financial system and made the creation of unlimited debt possible, Vulpes Investment Management managing director Grant Williams said at the Silver & Gold Summit in San Francisco.

He suggested the gold standard could be compared to an apex predator such as the grey wolf, which moderated credit expansion in an economy like a wolf preyed on deer, thus keeping the population in check.

"Like the removal of any apex predator from an ecosystem, it might seem at first that there's no problem, but eventually one will observe a host of imbalances emerge that start to threaten the very existence of the ecosystem," Williams said.

Noted economist Dr Alan Greenspan has said the gold standard reflected the amount of credit an economy can support and is determined by the economy's tangible assets, since every credit instrument is ultimately a claim on some tangible asset.

"But government bonds are not backed by tangible assets, only the government's promise to pay out of future tax revenues and cannot be easily absorbed by the financial markets," Greenspan wrote in his 1966 treatise ‘Gold and economic freedom'.

Williams said that in the gold standard's absence, bankers had "multiplied precipitously", and they'd created a host of new products that were all variations of the same thing - credit. As they multiplied, they "grazed away" the financial landscape until there was virtually nothing left.

When the gold standard was in place, gold coverage of the monetary base was about 130% when the gold price peaked in 1980 at US$850. "To see that coverage languishing below 25% today, with gold at $1,300/oz, shows just how wanton the money printing is," Williams said.

As at the end of July, US national debt had spiralled to an unprecedented $21.4 trillion, spurred among other things by loose monetary policy and increased public spending.

"The two devaluations of the dollar by Roosevelt and Nixon redressed the balance temporarily, but every now and again, it requires a reset and now looks closer (for it to happen again) than then," Williams said.

Indeed, the US dollar's reign as the world's reserve currency had been boosted by its currency's decoupling from gold. However, like the reserve currencies before, it might be nearing the end of its tenure, too. "This experiment will come to an end, it's just a matter of time," Williams said.

He suggested evidence of a potential shift from the US dollar as the world's reserve currency might be appearing on the global economic stage. Countries such as China and Russia were buying and vaulting exceptional amounts of bullion, while simultaneously selling off substantial volumes of US treasuries.

"They have invested instead in alternative financial frameworks to operate without being held hostage by US fiscal policy," he said.

Williams believes gold reserves will once again be placed at the centre of the global financial system.

"Gold's reintroduction to the financial system, however it happens [history has shown usually via great calamity], might reintroduce the apex predator - one that keeps bankers in check and reigns in credit creation and allows surprising parts of the financial ecosystem to flourish. It would throw today's markets into disarray and many creditors would receive deep haircuts," he said.

"Companies relying on abundant cheap capital to survive will be preyed upon by those strong enough to survive. The bankers will be forced to change their behaviour as the effects of gold's reintroduction ripple through the financial ecosystem.

"It will once again, for the first time in half a century, tip the balance away from those who want to use leverage, back towards savers, who will once again be offered protection from confiscation through inflation."

The idea of reintroducing a gold standard today stirs emotions on both sides of the argument.

Greenspan also famously noted gold was the only thing that stood in the way of an "insidious process".

"It stands as a protector of property rights. If one grasps this, one has no difficulty in understanding the statists' antagonism toward the gold standard," he said.

"It's almost as if, technically speaking, the ability to have a stable price has great value," Williams said.

Indaba sets sights on lawyers and the digital revolution

Perseus wins gold for 'best of breed' in West Africa 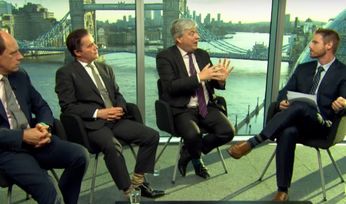 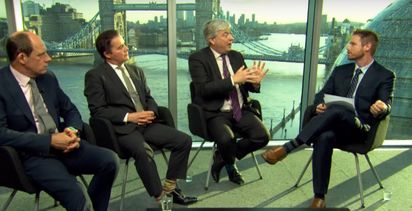 First pour due at Relief Canyon for Americas Gold and Silver

Indaba sets sights on lawyers and the digital revolution

Perseus wins gold for 'best of breed' in West Africa