Andrew Forrest has praised the Western Australian mining sector's ability to produce some of the greatest innovators on earth. 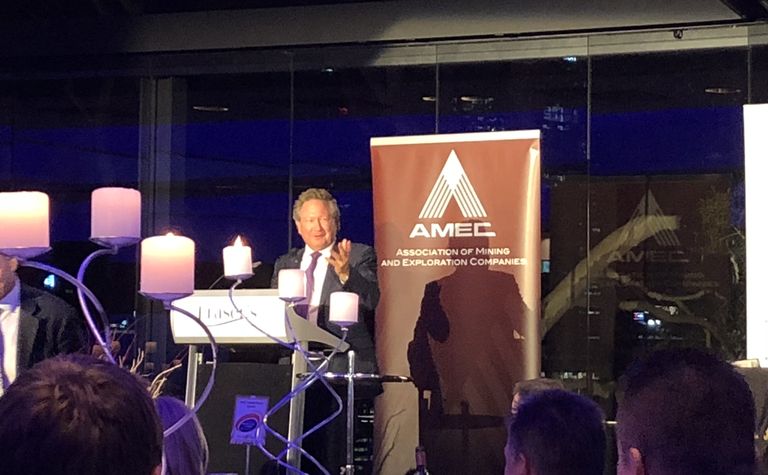 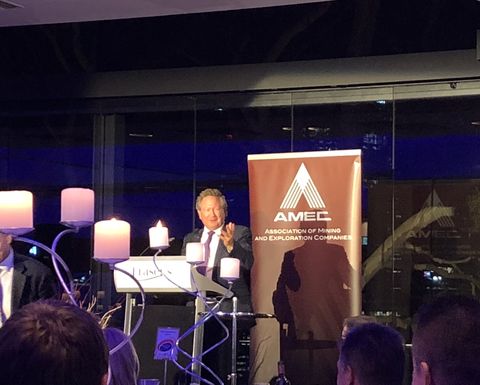 The Fortescue Metals Group founder and chairman has been inducted into the Australian Prospectors and Miners' Hall of Fame during the 2018 AMEC Awards, with former FMG CEO and "good mate" Nev Power doing the introduction.

Forrest attributed his eventual success to his past failures.

"When you present yourselves as we are - as people with passion who have built a country and a state, who have made so many errors - they are the errors that made us great," he said.

"They are the tragedies ... the greatest successes are formed from."

Despite its issues, Forrest said he was "terrifically proud" of Anaconda Nickel.

"Fortescue wasn't that hard compared to Anaconda," he said.

"Anaconda was a proper bastard - you take on Anglo and Glencore and those other wilting flowers and life gets pretty tough.

"You only succeed when you look back at what you've learnt, when life's been really tough, when you persevere through that - that's when you've been successful."

Forrest said through his philanthropic work, he'd been exposed to eight or nine other sectors, but mining still had the greatest personalities.

"I keep coming back to prospectors and miners," he said.

He added that Silicon Valley didn't hold a candle to West Perth when it came to start-ups.

"We have a start-up mentality here that we should be really proud of.

"Capital can come to us but talent is bred here."

"Rio got cracking on automation really quickly and they tried to keep that automation to themselves," he said

He recalled how Komatsu refused to work with FMG because Rio was their client.

"So anyway, we just rang Caterpillar," he said.

FMG's entire truck fleet will now be automated using Cat's MineStar system by the end of next year.

"That technology was invented here - it relies on artificial intelligence," Forrest said.

"Silicon Valley just discovered this - we've been doing it.

"That's who we are. Why? Because it's bloody tough out there."

Forrest urged the industry to tell its story better.

"Forget the bar charts - speak to the public about what we have achieved."

For the second year in a row, no AMEC Prospector of the Year Award was handed out.

Soilwater Group won the AMEC Environment Award for its application of ground-based LIDAR.