Canada’s three northern territories north of the 60th parallel are ready and open for business, regional leaders said during this week's 6th Annual Invest in Canada’s North seminar at PDAC 2019. 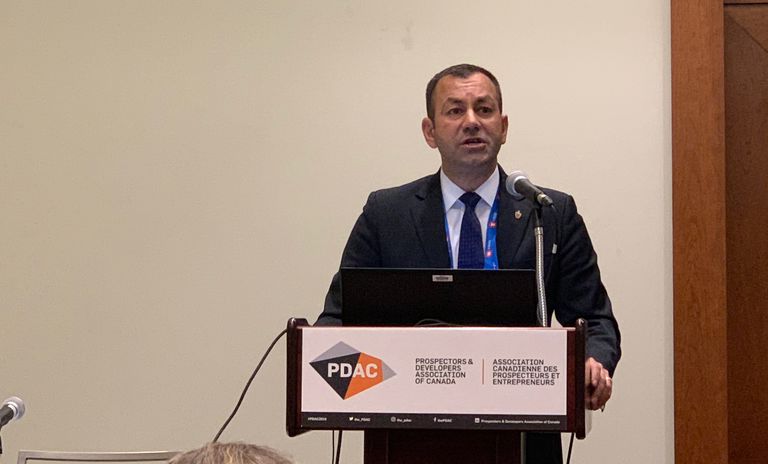 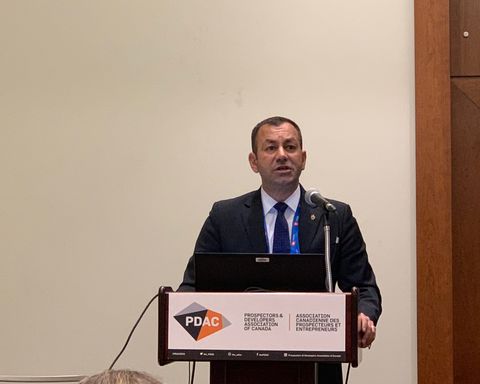 Deputy premier and minister of energy, mines and resources and economic development for the Yukon government, Ranj Pillai

The Canadian Northern Development Agency (CanNor) hosted a series of presentations aimed at marketing the territories to the resource sector as attractive investment destinations.

CanNor led by example and announced a federal investment of US$3.8 million (C$5.1 million) in two projects that would support resource development in the Slave Geological Province (SGP) and help unlock the mineral wealth of the eastern Northwest Territories (NWT) and north-western Nunavut, an area covering about 190,000 square kilometres.

Canada's parliamentary secretary to the minister of Natural Resources, Paul Lefebvre said the funding would go towards the planning of an all-season access corridor into the SGP as well as aerial geophysical surveys.

The SGP is host to three of Canada's largest diamond mines, one of which is in the process of closing. All three operating diamond mines in the territory - Ekati, Diavik and Gahcho Kué - will close by 2034.

"The surveys will lead to the development of mapping products used by mineral exploration companies to target their activity," Lefebvre said.

"Increased resource development in the SGP supports the government of Canada's goal to ensure the prosperity of the North and the well-being of northern communities. These projects announced today are helping to safeguard the economic vitality of the North."

NWT infrastructure minister Wally Schumann said the investments had the potential to produce "transformative impacts" for the territorial economies.

"This investment will increase access to the world-class mineral deposits located in the region and lower the cost of mineral exploration and development," he said. "It also supports our efforts to advance our understanding of the full potential of this resource-rich region and provide publicly available data that will stimulate development and provide economic opportunities to residents and businesses of the NWT."

The SGP is rich in mineral deposits and is increasingly being recognised as holding significant potential for gold, base metals and diamond discoveries. In 2017, the NWT saw a surge in claim numbers following the release of two geophysical reports on the SGP. The reports were jointly funded by CanNor and the NWT Geological Survey.

The latest funding plan has earmarked C$2.7 million of federal funding to develop the SGP access corridor, with the NWT government pitching in $678,000 to go towards planning the development of an all-season access corridor into the SGP.

NWT Geological Survey director John Ketchum said existing mines were reached via a winter road and the immediate priority for the NWT government was to replace the southernmost section of the current winter road with an all-season gravel road.

"This could significantly improve the economics of many operating and potential resource projects by facilitating year-round access, as well as increasing the operating season of the winter road by at least 30 days."

The scope of the project includes updating economic and mineral potential studies, initiating consultation with Indigenous groups, undertaking wildlife and vegetation studies along the proposed alignment and identifying gravel sources for future construction.

As a result of the project, the NWT government would have further advanced planning and engineering work on the southernmost 179km section of the proposed road with the goal of beginning construction within five years.

CanNor is investing a further $2.4 million into an exploration development initiative, with the NWT government agreeing to put forward $749,000.

The funding will go towards capturing and analysing high-resolution airborne geophysical surveys. The programme will target underexplored areas for their economic potential, at a scale that can potentially indicate the presence of previously undiscovered mineral deposits.

As a result of the project, it is hoped mineral explorers will have increased access to publicly-available mapping products that could lead to renewed multi-commodity mineral exploration in the territory—ultimately contributing to economic growth.

One of the most anticipated project developments that is essentially shovel ready is Fortune Minerals' NICO cobalt-gold-bismuth-copper project.

CEO Robin Goad said the company would release an updated technical report within the next 36 days which would fundamentally map the way forward for securing construction financing.

Deputy premier and minister of energy, mines and resources and economic development for the Yukon government Ranj Pillai said the territory was similarly an attractive investment destination.

Victoria Gold's Eagle gold project will be most significant new mine in recent years and it expects first gold this Fall.

Pillai also pointed out Yukon had the lowest unemployment of any territory thanks to Victoria making opportunities available to northerners first.

Besides Victoria's significant investment, the Yukon with its unique set of geologies had become a hotbed for resource investment, with several significant projects underway.

Goldcorp is currently working on permitting the Coffee project, where it has spent $500 million to date.

Alexco Resource Corp is also making progress on its Keno Hill project, where a development decision is expected soon.

Another fact going for the territory was that 11 of 14 First Nations had their respective land claims settled and have formal agreements in place. This comprises more than half of all settled land disputes in Canada.

This, he said, helped unlock the latent potential of the Yukon resource industry.

Director of the Yukon Geological Survey Carolyn Relf said despite resource investment in the Yukon being lower than the most recent highs, the average yearly inflow seemed to have settled at a higher-than-historic-average level.

"As a result, it appears several camp-scale opportunities are emerging."

Nunavut assistant deputy minister for development and transport Bernie MacIsaac conceded it was an expensive jurisdiction to operate in, but underscored the high cost brought with it high rewards.

To date, about $4.4 billion has been invested in mining development, led by Agnico Eagle and its Meadowbank mine, which has produced about 3Moz over the mine's life.

The Whale Tail deposit and then Amaruk will ensure continuity of Agnico's investment.

Importantly, MacIsaac pointed out Agnico got Amaruk permitted in six years. "It demonstrates our regulatory system has matured and is comparable with any jurisdiction in the world."

Meanwhile, a host of juniors are following Agnico's lead, with TMAC's Hope Bay in production and the company advancing the Madrid and Boston satellites. Sabina Gold & Silver is also making rapid progress at Back River, having most recently completed the marine laydown area that will serve as the gateway for construction materials to reach the project site.

Canada's 2019 budget a plus for miners