Marine resource developer DeepGreen has revealed a 51% increase in indicated and measured resources at the NORI area of its Clarion Clipperton Zone (CCZ) claims on the central Pacific Ocean seafloor. 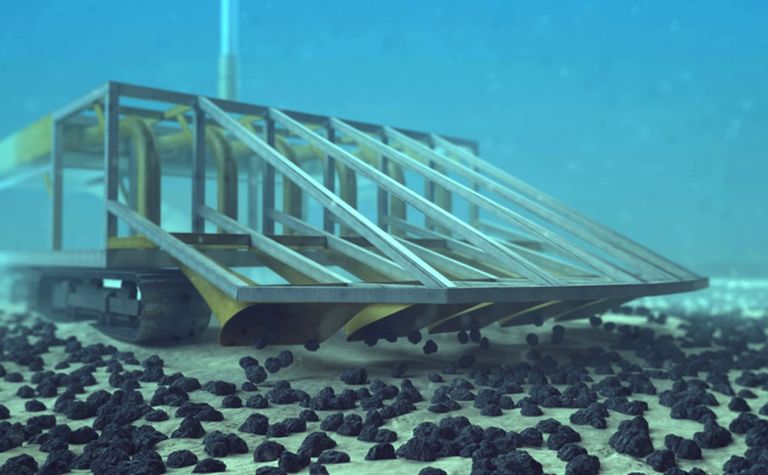 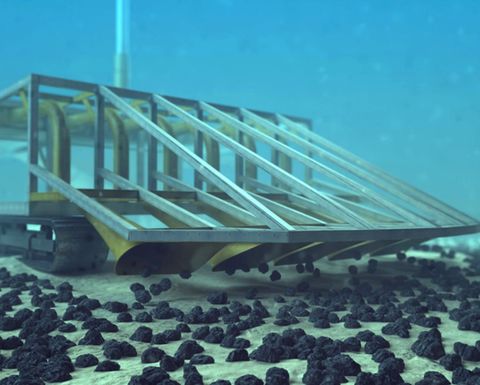 The low-profile Vancouver firm keeps its cards close, but chief development officer Anthony O'Sullivan revealed for the first time during a presentation at the PDAC 2019 conference in Toronto, the indicated resource now totalled 33.7Mt grading 17.14 wet kilograms per square metre.

DeepGreen holds the flagship Clarion Clipperton Zone Central Pacific marine claims under agreement with the UN's International Seabed Authority sponsored by Nauru, as well as the Marawa project, in partnership with the tiny nation of Kiribati.

The plan is to use several specialised deep-sea trawlers to gather the 'pavement' of polymetallic nodules deep below surface on the seabed, before a hoisting system transfers the material to a production support vessel at surface to remove the nodules, with remaining sand and seawater returned to the seabed.

Except for the trawlers, the process would use existing technologies as far is practicable, drawn from other industries, DeepGreen says.

It says because of the "clean nature of the ore", there are no processing waste streams at sea and at the plant.

O'Sullivan said DeepGreen had considerable optionality on locating a processing plant, with Mexico one host candidate.

"Financialising" the location for the onshore plant was where management's focus was now, he said. "We must figure out how best to make marine mining make environmental and economic sense."

"We are looking at material significantly more valuable than terrestrial equivalents," he said.

He said the company had completed a PEA, but it remained private. "It does show we've got very good margins. There is sufficient margin to withstand economic cycles.

"The mineral endowment of the pacific is enormous and holds the answer for humans to prosper into the future. This is the fuel for the fourth industrial revolution.

"Where will the two Escondidas we need by 2025 come from? Coupled to decreasing resource quality and declining grades, terrestrial mining has become untenable. In comparison, seafloor mining has potentially nearly four-times more cobalt in the nodules, with the CCZ particularly abundant in the basket of energy metals of the future."

O'Sullivan said the metallurgy of the nodules was very clean, with mostly oxides and hydroxides, and no sulphides. "This is advantageous for what today's market pay premiums for."

The cobalt endowment alone represented many decades of production based on the 120,000t market last year, he said.

On DeepGreen's estimates and without there being an economic study in public view, the NORI inferred resource is larger than the world's major undeveloped land-based nickel deposits with an estimated 16.5Mt equivalent at 2.4% nickel.

O'Sullivan said the marine mining industry would undoubtedly be big in the future.

Partnerships with marine shipping giants such as Maersk to develop undersea exploration and mining technologies would be key.

While the undersea proposition sounds promising there is clearly much work to be done to demonstrate bankable economics and even a clear environmental approval path.

Nautilus Minerals was leading the race to the world's deeper oceanfloor treasures until it recently filed for bankruptcy protection.

O'Sullivan believes marine mining can be done in a safe and sustainable manner.

"Never before, thanks to the regime administered by the ISA, has the principle of preservation been applied on this scale as we move towards the new frontier of marine mining," he said in Toronto.

The time has come for an 'honest conversation', says CEO

DeepGreen in race to the bottom